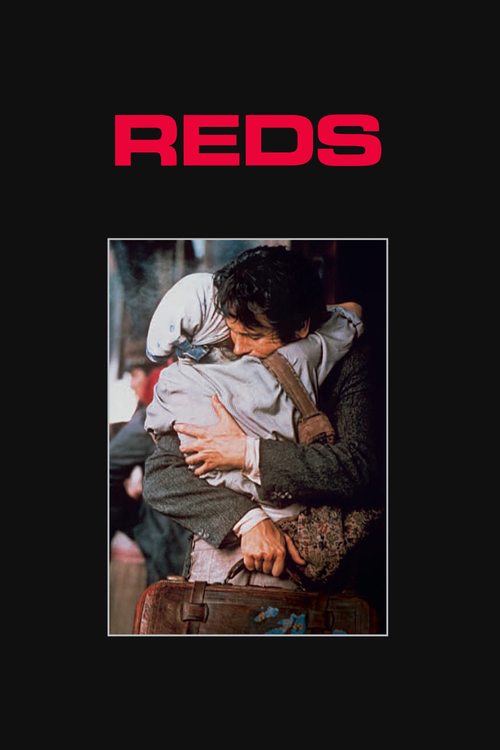 Just prior to U.S. involvement in the First World War, progressive journalist John "Jack" Reed (Beatty) meets his match in fiery Portland, Oregon writer Louise Bryant (Keaton). Sharing a passion for political ideals, they embark on a passionate, often combative relationship complicated by Reed's deep involvement with union organizing. Their eventual journey to Russia on the eve of the Bolshevik Revolution leads them on a tumultuous path to self-discovery and ultimately, acceptance.

Writer-director Beatty's Oscar-winning portrait of leftie scribe John Reed and his paramour Bryant is equal parts sweeping historical epic, tragic romance, and paean to the once-influential voices of early American socialism. His ingenious use of actual interviews with those who knew the Greenwich Village couple, including Henry Miller and Rebecca West, gives the picture an extra depth and dramatic veracity. But it's the chemistry between Beatty's uncompromising Reed, a man devoted to the principle of class struggle, and Keaton's fiercely independent Bryant that's sure to rouse your inner rebel. With terrific support from Maureen Stapleton (as Emma Goldman) and Jack Nicholson (as cynical playwright Eugene O'Neill), "Reds" is a film that embraces love and politics without giving short shrift to either.