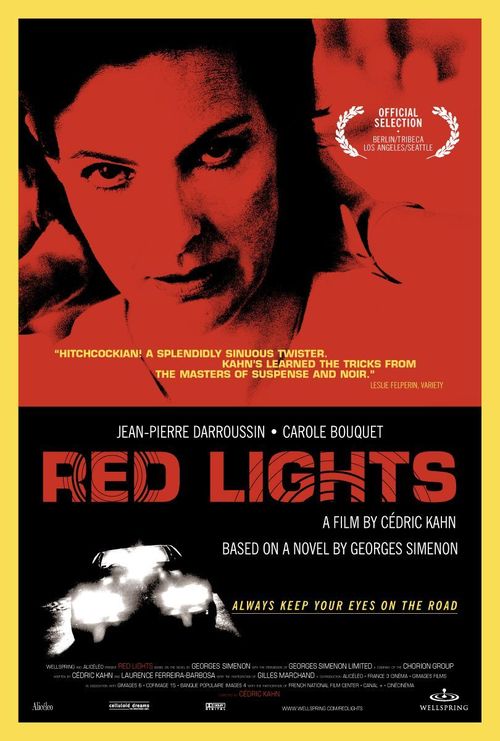 Antoine (Darrousin) is an unprepossessing insurance salesman, married to attractive lawyer Helene (Bouquet). As the couple begins a car trip to pick up their kids at camp, tensions simmer, as Antoine suspects his glamorous wife of having an affair. Determined to annoy her, he stops to have drinks en-route, and finally, Helene leaves, presumably to take the train to their destination. Chastened, Antoine looks desperately for her, to no avail. He then picks up a tense, disturbed hitch-hiker, and its evident Antoine may be in danger. Worse still, could this ominous stranger have run into Helene earlier?

Cracker-jack, white knuckle suspense from director Kahn works as both human drama and crime tale. Just when deep-seated problems force a marriage off the road, a random, external force intrudes, bringing with it a life and death element, and putting those other familiar issues in perspective. But is it already too late for Antoine and Helene? Both the leads tackle their demanding roles with gusto, so we feel fully invested in the outcome.