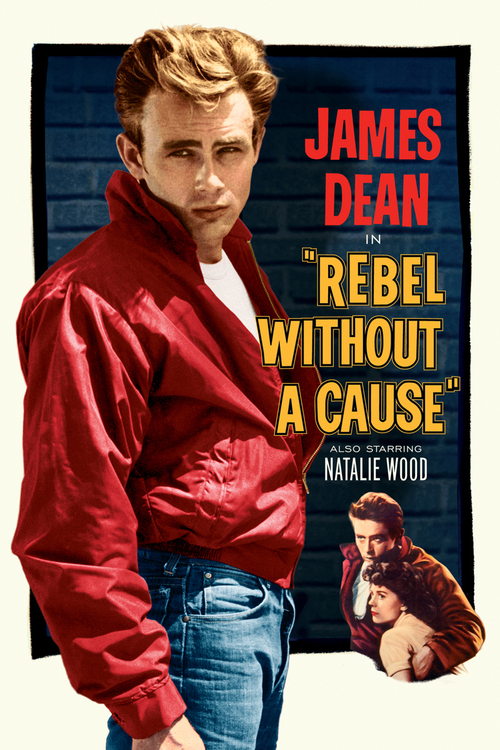 Rebel Without A Cause

Picked up on a drunk-and-disorderly charge, new kid in town Jim (Dean) is taken to the same police station as Judy (Wood), a high-school girl running in a fast crowd, and Plato (Mineo), a lonely rich kid desperate for attention. Disaffected and alienated from their families, these three lost souls quickly become a close-knit pack, particularly after Judy's hot-rodding boyfriend Buzz (Allen) maneuvers Jim into a deadly game of chicken.

One of the most iconic films of the 1950s, Nicholas Ray's "Rebel" was the movie that cemented James Dean's reputation as the embodiment of the restless, disillusioned teen. Hyped as a story of juvenile delinquency, "Rebel" questions the suffocating complacency and conservatism of mid-century American society with raw force. Fresh from his debut in "East of Eden," Dean is explosive as the brooding, misunderstood Jim, his performance equalling Brando for its moody intensity; meanwhile, Wood, Mineo, and Jim Backus (as Dean's spineless father) make stellar additions to a superb cast.

Rebels of the Neon God