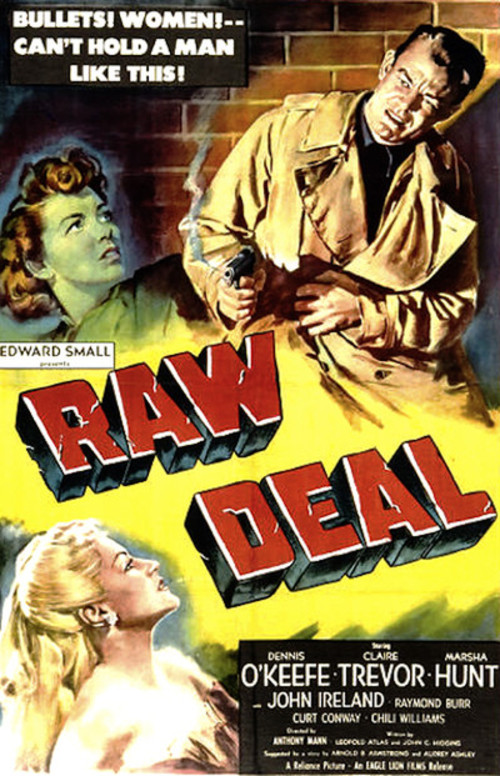 Framed for a crime he didn't commit by mob boss Rick Coyle (Burr), tough-talking gangster Joe Sullivan (O'Keefe) breaks out of prison with the help of his gutsy gal, Pat (Trevor). Needing a hostage in case the cops manage to track him down, Joe kidnaps his kindly social worker, Ann Martin (Hunt), and sets off to seek revenge on Coyle and his men.

This hard-as-nails potboiler was made for pennies at a Poverty Row studio by Mann and his legendary cinematographer, John Alton. Like the very best films in this genre, there's plenty of raw dialogue, heart-fluttering suspense, and a square-jawed tough guy who isn't afraid to blast away at his nemeses. But the sizzling love triangle that develops between Joe, Pat, and Ann is a perversely clever plot twist that contributes much to the fatalistic tone, with Trevor's cold-hearted voiceover to top it all off. Burr's turn as the brutal Coyle (watch out for that fruit flambé!) is especially nasty. If you're in the market for a visceral thriller, put your money on "Raw Deal."