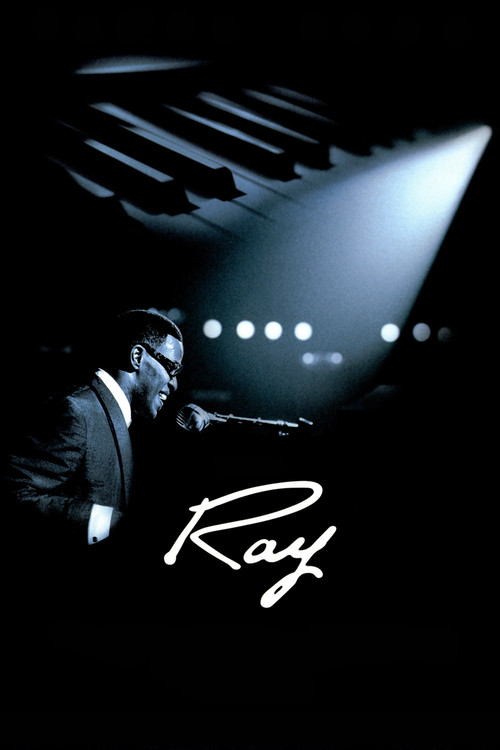 By the 1960's, a young, blind southern musician by the name of Ray Charles had taken the world by storm, going from the “chitlin circuit” to the top of the charts. Touring the world year after year, he created a vibrant new style that helped extend jazz and blues music to receptive new audiences. While Charles the musician is regarded as a genius who overcame physical disability and poverty to earn his place in history, Charles the man had a notoriously messy and morally questionable personal life, struggling with heroin addiction, exploitative behavior towards women, and the general pitfalls of fame. Hackford’s film explores both sides of this complex, but undeniably brilliant, figure.

This multiple Academy Award-nominated film brings Ray Charles to the screen with vibrant immediacy, linking some of the most famous songs in recording history to the passionate but dangerous life of their creator. Jamie Foxx, previously cast as a sidekick and comedian, delivers an unexpectedly moving and evocative performance, in one fell swoop establishing himself as a serious actor, and winning an Academy Award to boot. Thanks to Foxx’s seminal performance and Hackford’s assured direction (both he and the picture received Oscar nods), “Ray” shapes up as a revealing, engrossing film that makes some very sweet music indeed.