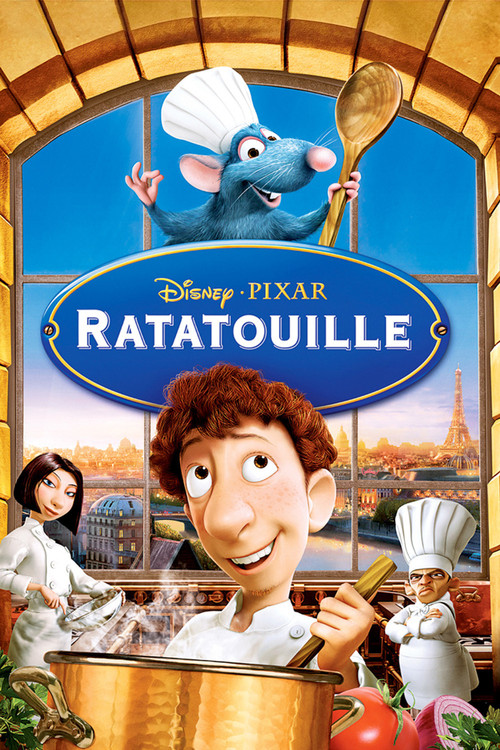 In the tunnels far below Auguste Gusteau's haute French bistro, big-city rat Remy (Oswalt) dreams of filling the star chef's fragrant kitchen mitts. Remy has talent, and together with inexperienced aspirant Linguini (Romano), cooks up some mighty tasty grub. But what will snooty Parisians think when they find a filthy rodent in Gusteau's employ?

A rat in the kitchen? Mon dieu! From filthy sewer to bubbling stock pot, Bird's rollicking Pixar hit has everything you could ask for in a restaurant-based family comedy: terrific, state-of-the-art animation, loads of knee-slapping sight gags, and a frantic chase through the kitchen worthy of Bugs Bunny or Buster Keaton. Plus, there's Peter O'Toole, voicing a hilariously sour food critic named Anton Ego. Simply put, "Ratatouille" is a delicious, madcap comedy about overcoming stereotypes and following your mouse... I mean, muse. Bon appetit!