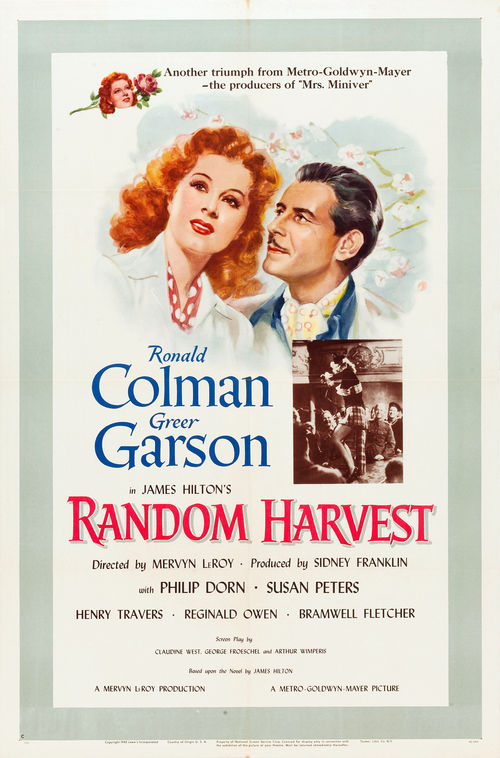 On the eve of Germany's defeat in 1917, amnesiac British officer Charles Rainier (Colman) escapes from an asylum and wanders into a nearby town. Pitying his confusion, lovely stage girl Paula (Garson) takes him in and nurtures the feverish fellow she calls "Smithie" back to health, and out of his nerve-addled state. As he slowly builds a new life with Paula's help, they fall in love, marry, and embark on a life of idyllic happiness. But after an accident, Rainier's past comes tumbling back, and his three years with Paula is erased from memory.

A deeply moving fable showcasing the superb talents of Colman and Garson (fresh from her Oscar-winning turn in "Mrs. Miniver"), "Harvest" was adapted from James Hilton's bestselling 1940 novel and became one of MGM's biggest hits. The radiant Garson was never better playing Paula, a woman whose imperishable love motivates acts of supreme self-sacrifice. And Colman, playing essentially two roles, manages to elicit our sympathy as he journeys from shell-shocked mental patient to industrialist prince, a man with a nagging sense that the hole in his past is the key to real happiness. A lush melodrama of the highest order.