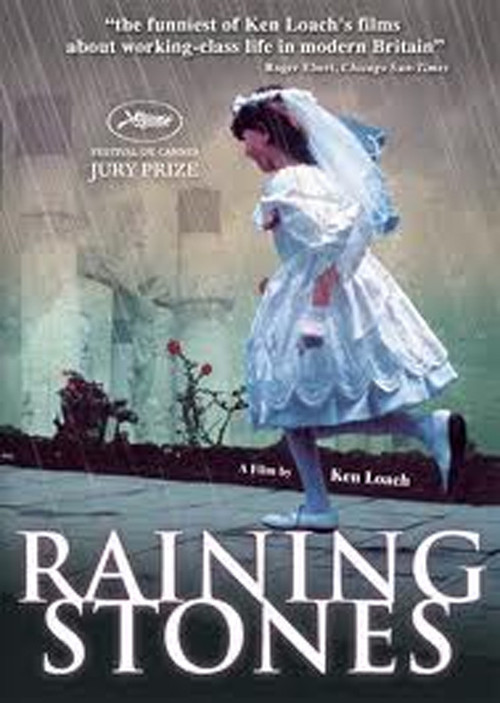 Working-class striver Bob (Jones) hasn't a cent to his name, but he's not about to let his daughter attend her first communion in a hand-me-down dress. So he hatches various schemes, including hawking freshly killed mutton and offering door-to-door septic services, to raise the funds. Eventually, though, he gets mixed up with local mobsters, and his cockamamie efforts to avoid them finally come home to roost.

One of Loach's finest films, by turns funny and desperate, "Stones" is also a tender and heartbreaking look at modern life in Britain, told from the perspective of a penniless man too proud to accept a loan from his parish priest (Tom Hickey). While the film opens on a hilarious scene of Jones and hapless pal Tommy (the fabulous Ricky Tomlinson) trying to nab a wild sheep they hope to turn into meat, Loach never lets the slapstick elements overshadow his often grim realism. His overriding concern is to sympathetically depict human foibles and to pay tribute to the spirit of his working-class heroes, truthfully and without romanticizing their lot.