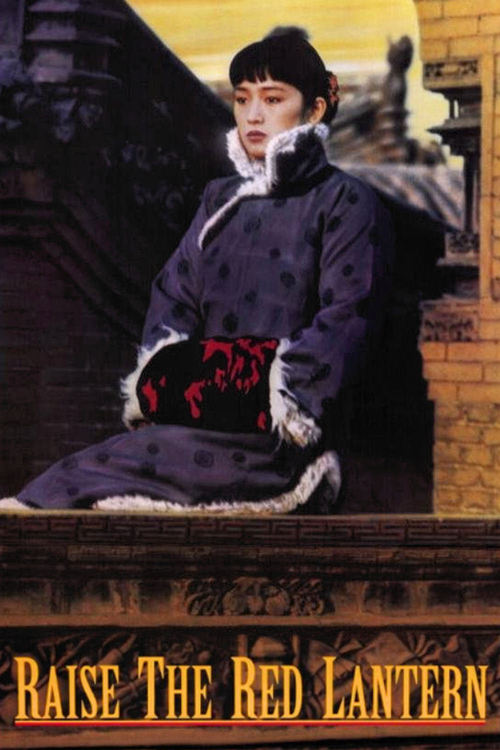 In 1920s China, educated beauty Songlian (Li) is betrothed to an elderly landowner at the insistence of her stepmother, and soon finds herself in a virtual prison at his vast estate. Acquainting herself with his three other wives, Songlian learns that each night the master of the house hangs a red lantern over the door of the woman he will honor with his presence. Gradually, as her fury subsides and she settles into this domestic routine, the willful Songlian learns how to navigate the intrigues and jealous rivalries endemic to her new environment.

Controversial upon its release in China, Yimou's lusciously photographed, Oscar-nominated "Lantern" tells the story of a trapped woman who learns to play a game of cunning domestic maneuvering and manipulation just to survive. The ravishing Gong Li, a former Miss Hong Kong, is masterful as the newest and youngest wife, Songlian, who is by turns petulant and vulnerable, exacting revenge on her female rivals when she feels her position threatened. Yimou's feel for the domestic drama is keen, and his bold use of color and painterly compositions raise his "Lantern" head and shoulders above the great mass of period films.