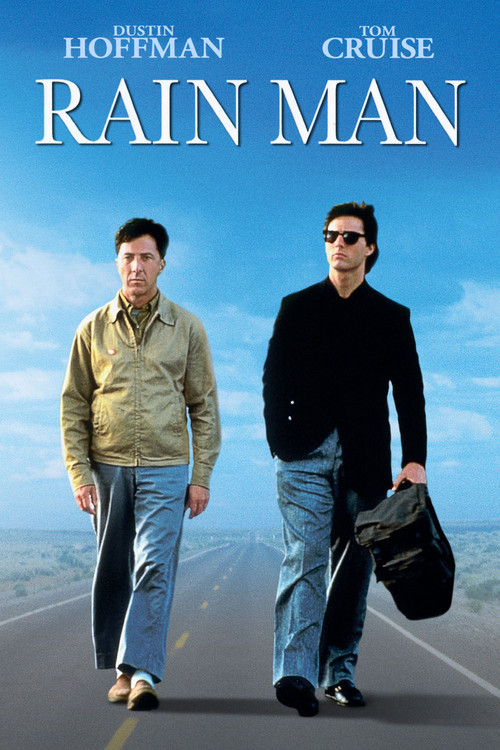 Slick, self-involved car salesman Charlie Babbitt (Cruise) discovers he has an autistic older brother named Raymond (Hoffman) when their father leaves a $3 million fortune Charlie thought he'd inherit in trust for his older sibling. Locating his mentally disabled (but strangely gifted) brother at the institution he's called home for years, Charlie impulsively abducts Raymond, and the two embark on a cross-country trip that becomes a voyage of discovery for them both.

Levinson's ingenious, slightly off-kilter road picture is also genuinely moving, offering a warm-hearted, humane look at disability. Though Cruise sometimes grates in an unsympathetic role, Hoffman's Raymond — a routine-oriented math genius with no coping or social skills — makes the movie. The actor is totally credible as an idiot savant with unexpected life lessons to impart to his younger brother, and this bravura performance earned Hoffman yet another Oscar; meanwhile, the movie itself won for Best Picture, Director, and Screenplay.