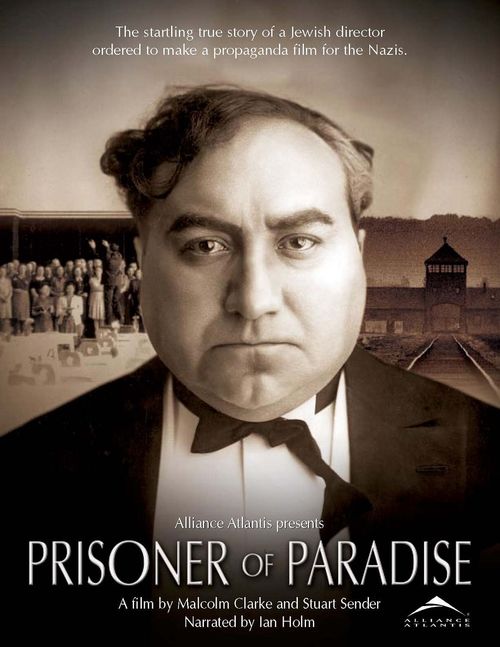 German-Jewish actor Kurt Gerron was wildly popular during the waning days of the Weimar Republic (he originated the song "Mack The Knife" in Brecht's "The Three Penny Opera," and co-starred in the Marlene Dietrich film "The Blue Angel"). Unlike contemporaries Billy Wilder and Fritz Lang, he was slow to escape Germany as the Nazis rose to power. When it was too late, he only got as far as Amsterdam, where he was captured and sent to Theresienstadt concentration camp. There, the Nazis made use of his unique talents, forcing him to direct the staged propaganda film "The Führer Gives a City to the Jews," which brought grossly misleading images of the model ghetto to the world.

This Academy Award-nominated exposé of a lost chapter of World War II details the extent to which the Nazis used false propaganda to hide their evil work. In this case, to achieve their twisted ends, they counted on one talented man's desire to go on living. Watching "Prisoner," we ask ourselves how we might respond in Gerron's place, compelled by hostile captors to create a cinematic lie that would provide cover for genocide. Co-directors Clarke and Sender never pass judgment on this tragic figure; they tell his tale straightforwardly, eulogize his many artistic achievements, and allow audiences to draw their own conclusions about his final, sad, pathetic chapter.

Prisoner of the Mountains