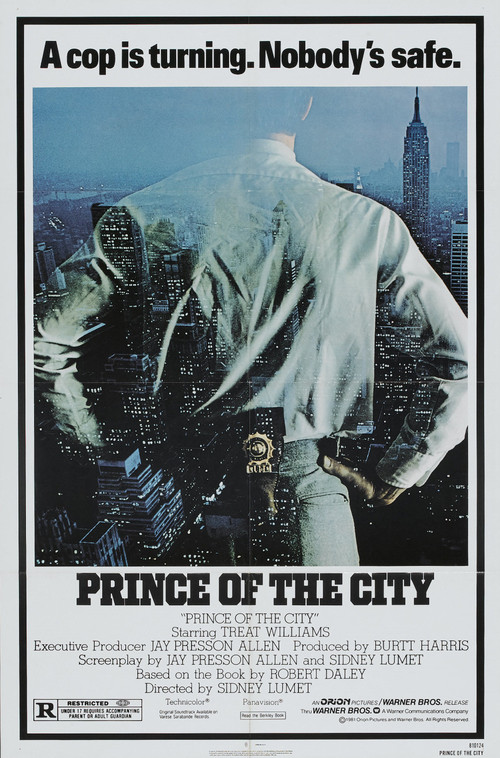 Prince of the City

In the 1960s, reluctant New York City cop Danny Ciello (Williams) is recruited by the Justice Department for an undercover job to expose police corruption. He only agrees to participate on the condition that he won't ever have to betray his own partners. But as the operation gets under way, Ciello finds himself sinking into a morass of conflicting emotions and allegiances, making betrayal of his comrades almost inevitable. Will he ever be able to get out from under, and reclaim some sort of life?

Inspired by a true story, Lumet's dense crime drama is criminally underrated. The director already knew the terrain of bent NYPD cops, having directed "Serpico" nearly a decade earlier. Thus his direction feels assured, and the scenario totally authentic. The then-unknown Williams is compelling in the lead role, and he's surrounded by a matchless supporting cast, including Bob Balaban as a wormy, ruthless prosecutor, and the late "Law & Order" star Jerry Orbach as a charismatic but crooked veteran cop. Long but consistently involving, Lumet's gritty "Prince" rules.