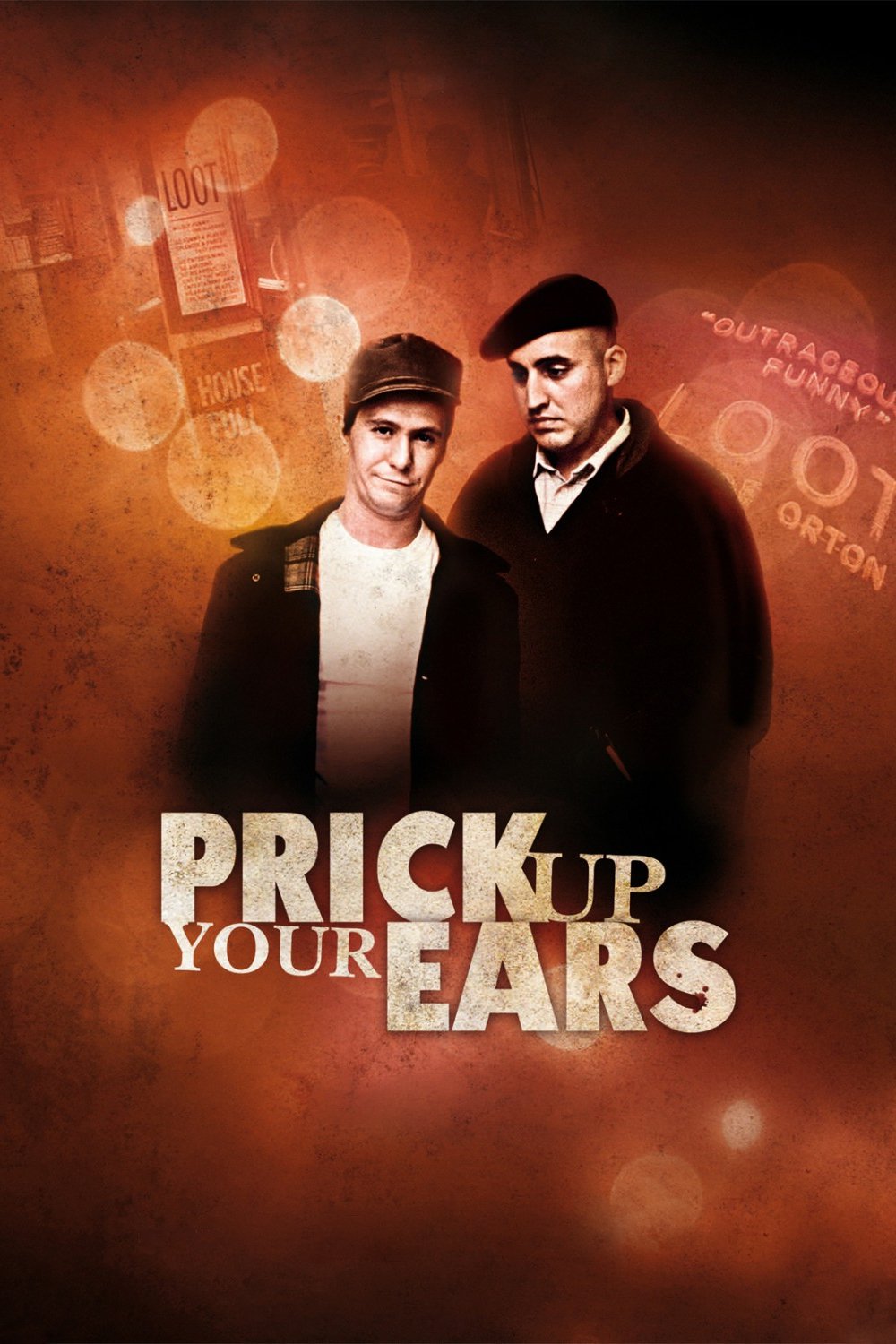 Prick Up Your Ears

In the1950s, budding playwright Joe Orton (Oldman), meets the older Kenneth Halliwell (Molina) at a prestigious London drama school. Halliwell brings sophistication to the uneducated Orton, and he in turn introduces Halliwell to the excitement of furtive homosexual encounters.  They move in together despite the prevailing mores of the times. A few years later, the highly successful Orton is represented by noted literary agent Peggy Ramsay (Redgrave), while enjoying a swinging, sexually adventurous lifestyle. Feeling left behind, Halliwell struggles with depression and grows to resent his lover and former protégé.

Beyond Oldman’s striking physical resemblance to Orton, his skill in capturing Orton’s impish sense of humor and wicked insouciance makes the character come fully alive on screen. Molina is Oldman’s perfect counterweight with his increasingly fraught portrayal of the scorned Halliwell. Working off a superb screenplay by playwright Alan Bennett, Frears tells the story through flashbacks as Orton’s biographer, John Lahr (Shawn) interviews Orton’s friends and family. Watch out for a vivid glimpse of Orton’s mother, played by the wonderful Walters.  Bennett’s script captures the wit and schoolboy appeal of Orton, but also illuminates his crueler side. By the time the film ends, Halliwell’s actions, though unpardonable, are easier to comprehend.