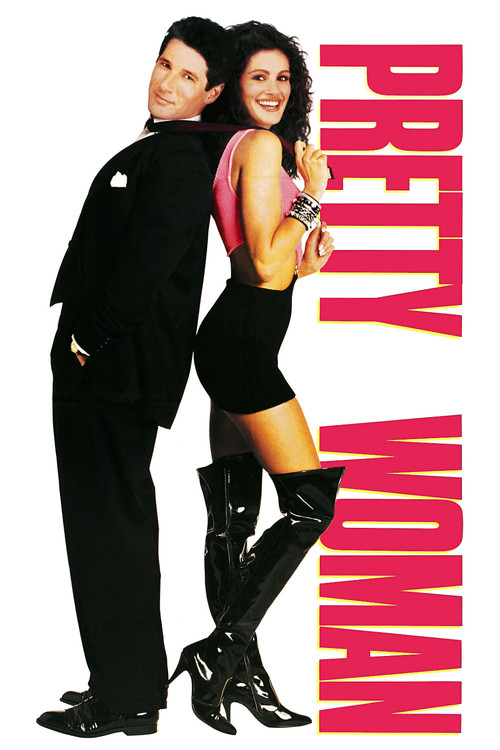 In Los Angeles on business, hardened Wall Street businessman Edward Lewis (Gere) happens to ask directions from street prostitute Vivian (Roberts), and on impulse, ends up hiring her for the night. When work keeps him in town for a week, he proposes she become his escort for the duration. He showers her with money and buys her a new wardrobe. Despite warnings from her best friend (San Giacomo), Vivian finds herself falling for the lonely tycoon. But given their respective positions on the social ladder, can this become anything more than a fling?

Garry Marshall’s Cinderella romance is a lot more sweet and innocent than it sounds, which is a big part of its enduring charm. The star-making role of Vivian earned Roberts an Oscar nod and superstardom, her gawky beauty and disarming natural style striking a nerve with critics and audiences alike. Importantly, her chemistry with Gere clicks too, and he earns praise for executing a “straight man” lead with understated charm. The supporting cast scores as well, particularly San Giacomo as a brassy, outspoken fellow hooker, and Elizondo as a kind, knowing hotel manager. A tribute to the screwball classics of yore, this is one “Woman” you should definitely proposition.

Prick Up Your Ears