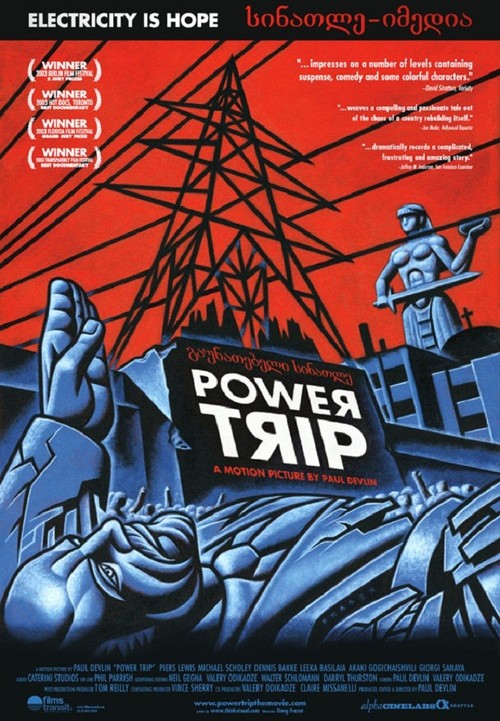 A.E.S, an American multi-national power company, attempts to address a massive electricity crisis in Tbilisi, the capitol of former Soviet Georgia. The mature citizenry of the city grew up during the Communist era, when power was provided free. Thus many find hazardous ways to get it illegally, or go without, creating widespread anger, most of it directed at A.E.S. On-the-ground company manager Piers Lewis patiently undergoes the frustration associated with introducing a free-market system into a former Soviet state.

Devlin's gripping film unblinkingly exposes a Western audience to the fundamental upheavals accompanying major transformations in form of government. Shots of major blocks of the city going dark (as A.E.S cracks down on non-paying customers), and furious, uncomprehending people protesting the need to pay for electricity, bring into close proximity a far-away problem too few comfortable Americans even know about. An unnerving and cautionary tale, since energy could one day be a luxury for us all.