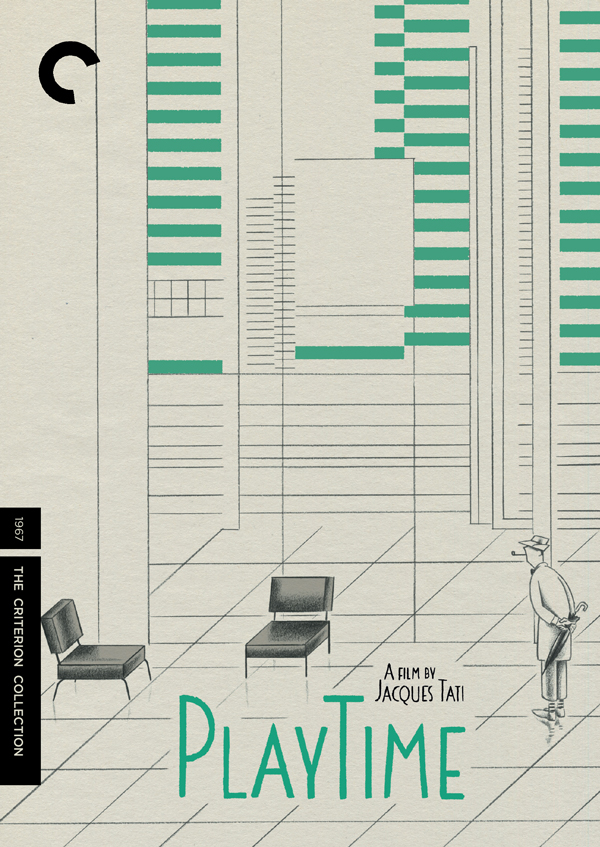 M. Hulot (Tati), a Parisian bewildered by modern technology, spends one hectic morning attempting to keep an appointment with M. Giffard (Montant) in a towering, ultra-modern office building filled with automaton-like workers. Meanwhile, a group of American tourists including Barbara (Dennek) disembark at Orly airport and take a bus to their hotel. He and she eventually meet in the hustle and bustle of a glitzy, shimmering new supper club — once Hulot has navigated the whirring, humming cityscape that entraps him.

Preceded almost ten years earlier by "Mon Oncle," this marvelous French comedy continues the misadventures of Tati's Chaplin-esque everyman, M. Hulot. The most dazzling and technically accomplished of his films, "Playtime" is a light satire on the mesmerizing and disorienting effects of technology. Filmed in 70mm on a vast set — an extant metropolis that Parisians dubbed "Tati-ville" — "Playtime" is a jaw-dropping spectacle that certainly reflects the director's wistful regard for simpler times. Still, the carnival-like sequence in the nightclub and the symphonic traffic jam that close the film feel warm, fun, and somehow exquisitely human.