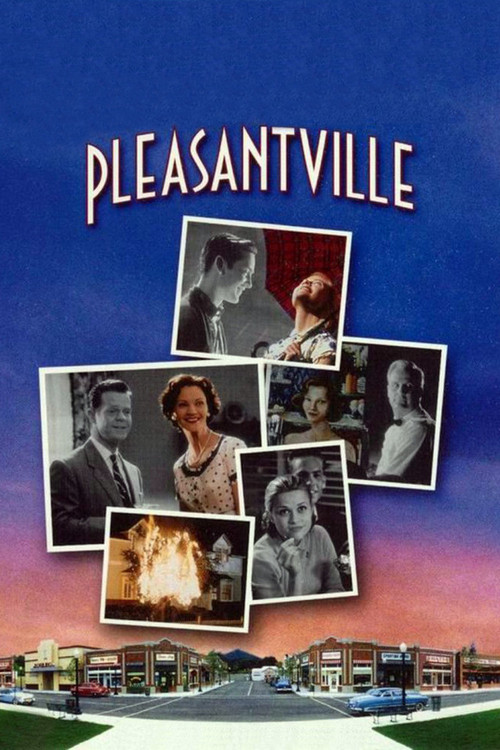 After an oddball repairman (Knotts) comes to their house bearing a new remote control to replace the one they broke, nerdy teen David Wagner (Maguire) and his MTV-loving twin Jennifer (Witherspoon) are teleported into the idealized, black-and-white universe of Pleasantville, a squeaky clean 1950s TV sitcom where they're expected to conform to picture-perfect, all-American values. But Jennifer, a.k.a Mary Sue, stirs up the repressive establishment with her very '90s attitude toward boys and sexuality, quite literally introducing a badly needed dose of color into the old-fashioned, Ozzie and Harriet-like town.

"Pleasantville" is a sparkling, witty, highly original film fantasy that examines the nasty underside of quaint family values as they are embodied in every age, especially as it critiques the social rigidity of black and white (i.e. prejudice) with its thinly veiled conceit of "color" (i.e. diversity, individuality). William H. Macy and Joan Allen are well cast as the teens' parents, playing nicely off Maguire's low-key, conformist David/"Bud" and Witherspoon's wild girl. Enhanced by some charming special effects, "Pleasantville" is a blissful comic fantasy with a message of tolerance for us all.