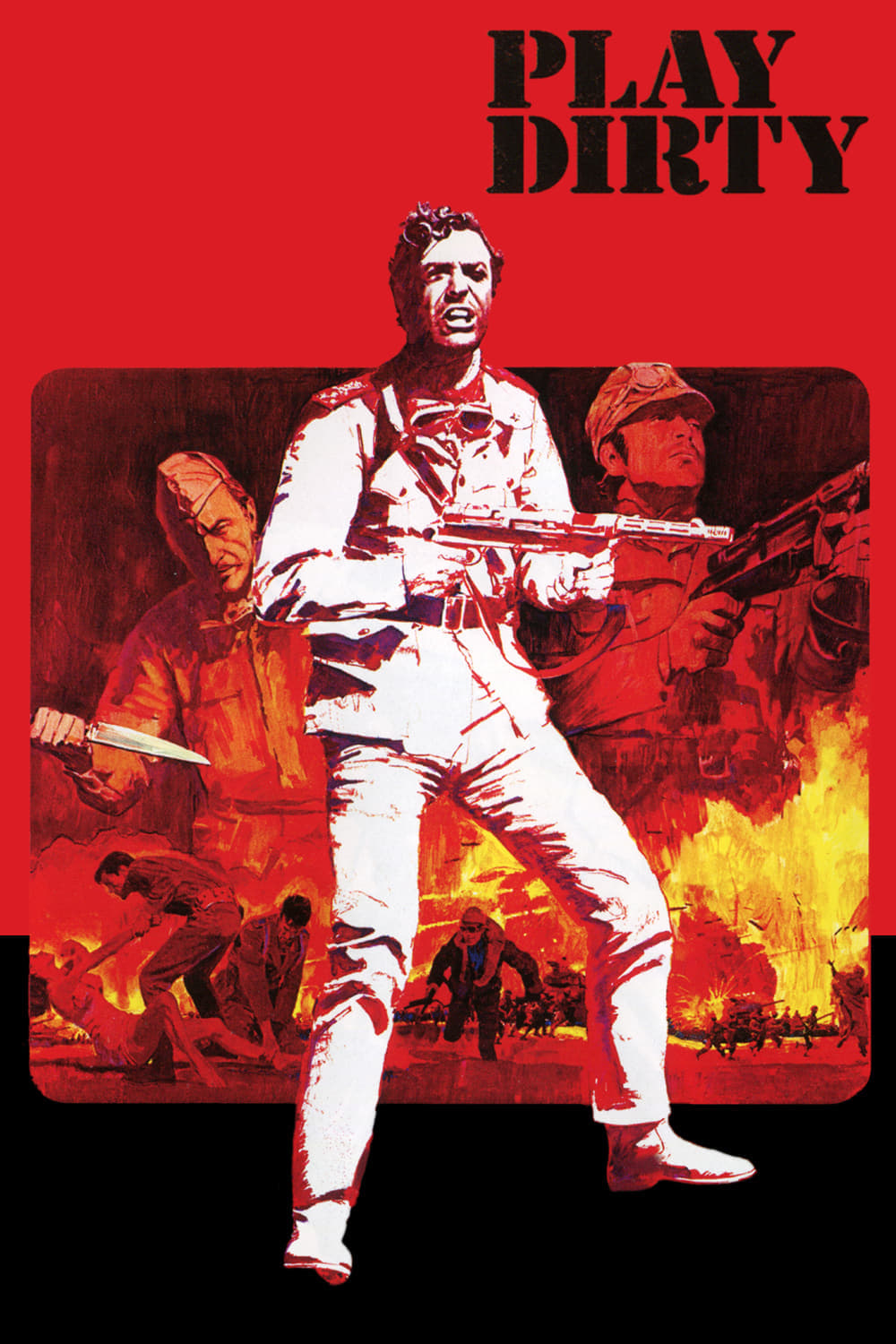 In the North Africa campaign during World War 2, British Colonel Masters (Green) is tasked with blowing up a key German fuel depot well behind enemy lines, but his attempts fail. Finally his superior Brigadier Blore (Andrews) intercedes, ordering Masters to send in a team of hardened ex-cons led by the untested Captain Douglas (Caine). However, the real leader is meant to be the rugged Captain Leech (Davenport), who’s quietly promised a bonus if he brings Douglas back alive. But the ruthless Blore believes even this team is likely to fail, so he uses them as a diversion, while secretly deploying a more disciplined unit led by Major Watkins (Jordan) to make sure the mission comes off. But will it?

This crackerjack war film is often compared to 1967’s megahit “The Dirty Dozen,” but though reviewers of the day were less kind, “Play Dirty” holds up beautifully against its more famous predecessor. As the title suggests, this undervalued entry paints a damning, cynical portrait of the depths men will go to in war, but what keeps the audience glued throughout is the mounting suspense around this dangerous mission. The superb ensemble cast of British players also helps, with Davenport and Andrews particular standouts. A young Caine is predictably magnetic in a heroic, leading man turn. Up for a smart, breathless war movie you may have missed? Lay your hands on “Play Dirty”!