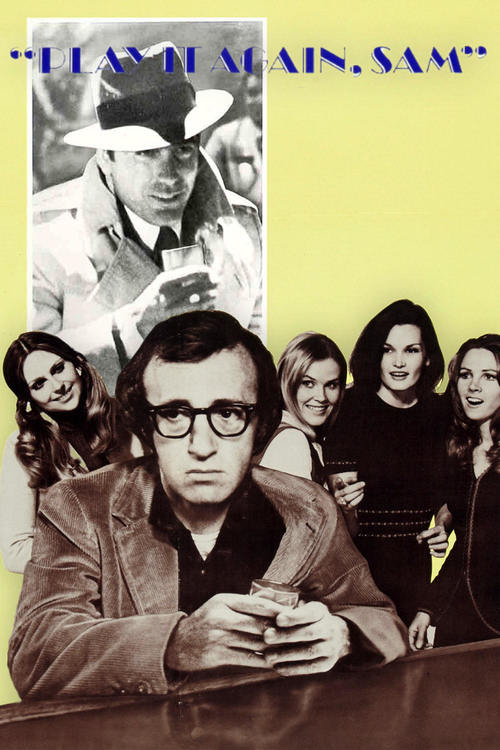 Reeling from a divorce, nebbish film critic Allen Felix (Allen) finds solace in the magic of movies — and even has imaginary colloquies at his Manhattan flat with Humphrey Bogart, star of his all-time favorite, Casablanca. Taking advice on women from the tough-talking Bogie, Felix re-enters the world of singles dating with help from his friends Dick (Roberts) and Linda (Keaton), the only woman around whom he doesn't make an ass of himself.

Adapted by Herbert Ross from his own Broadway play, Allen's "Sam" splices broad comedy, giddy romance, and unabashed movie love to winning effect. Allen's nerdy, insecure Allen Felix is one of his funniest early characters, all thumbs and foot-in-mouth gaffes around the ladies he's set up with, while Keaton's Linda is warm, smart, and honest about her feelings. A perfect match, in other words! Light-hearted and poignant, "Sam" also boasts a witty turn by Jerry Lacy as Bogie, whose faux movie-dialogue love advice is a hoot. Play it again!