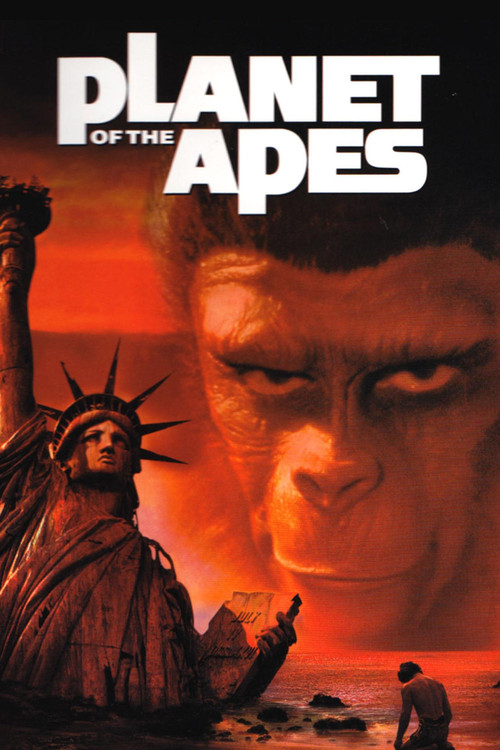 Planet of the Apes

A crew from earth led by Taylor (Heston) attempt time travel through space, and arrive on a distant planet a full 2,000 years after setting off, with only their beards to indicate the passage of time. There they find an upside-down civilization where talking, reasoning apes rule, and humans are mute animals, brutalized by their masters. Taylor's appearance threatens the powers that be, as it calls many of their long-held beliefs into question. Will Taylor survive in this hostile environment?

As with most Rod Serling stories (he co-wrote this with Michael Wilson), a fundamental twist in the nature of things opens the door to pointed social commentary. The ruling apes exhibit the same fears, ignorance and prejudice as we civilized humans; only it stings a little more when you're on the wrong end of the whip. The film is gorgeously shot and briskly paced by director Schaffner, who'd go on to do "Patton." Kudos to 20th Century Fox on the quality of the restoration, as watching this pristine DVD felt like a whole new experience. Heston as the cynical Taylor makes an appealing hero, and Roddy McDowell and Kim Hunter excel as kindly chimp couple Cornelius and Zira. That "wow" surprise ending is justly famous.