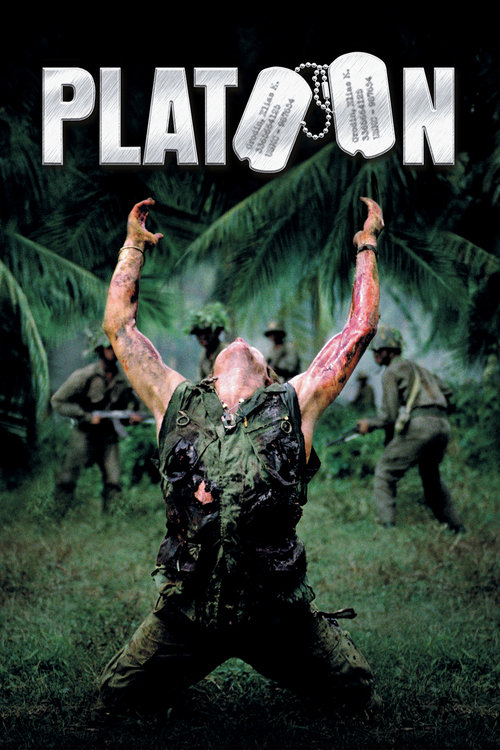 Chris Taylor (Sheen) enlists in the infantry expecting to wage a noble, righteous fight for democracy against the Viet Cong. His idealistic illusions get shattered when members of his own squad, led by jaded, soul-scarred Sgt. Barnes (Berenger), commit atrocities on innocent civilians. Suddenly, Chris finds himself a soldier at war with himself and his own side, faced with a crippling crisis of conscience. This is more than a minor distraction when every day involves a concerted effort just to say alive.

Winner of Best Picture and Director at the Oscars, Oliver Stone's angry, unflinching take on Vietnam serves as a corrective to all those sterilized, gung-ho visions of war some of us grew up with. Beyond its superb direction and gripping storyline, the film is populated by some of the best actors of the mid-eighties, including Forest Whitaker, Keith David, and Kevin Dillon. Stealing the picture, however, is Dafoe, as a Zen-like sergeant who falls afoul of Berenger's pillaging officer (both were Oscar-nominated). Sheen is also solid as the young soldier who wants to be loyal to his comrades and country, but whose faith in the army (and humanity) is shaken to the core. By all means, join this "Platoon."