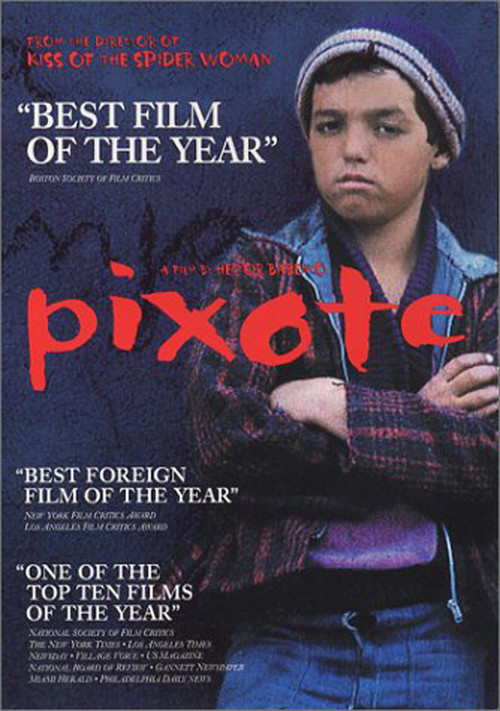 Pixote (da Silva) is just one more runaway kid, among thousands of others, barely surviving on the mean streets of Sao Paolo. At ten years old, he's already felt a lifetime of pain and seen only the cruel, ugly side of life. His situation worsens when a police roundup lands him in a grim juvenile detention center, where conditions are even worse than on the outside. After suffering at the hands of inmates and guards, Pixote and a few comrades escape back to the slums where they descend into even more desperate criminal activity, perpetuating a cycle of crime and violence that can only end in tragedy.

This brutal, unflinching look at the plight of homeless children in Brazil has lost none of its raw power a full three decades after its release. Young da Silva was plucked from a life not dissimilar to Pixote's in the film, and his wide-eyed, cherubic face makes a heartrending canvas, at once capturing the inherent innocence and learned criminality which co-exist in the same child. Though initially Babenco's film drew much-needed attention to the plight of these children, not much changed as a result: da Silva, reverting to crime after his brief moment in the spotlight, was eventually gunned down in his home by police.

Planet of the Apes