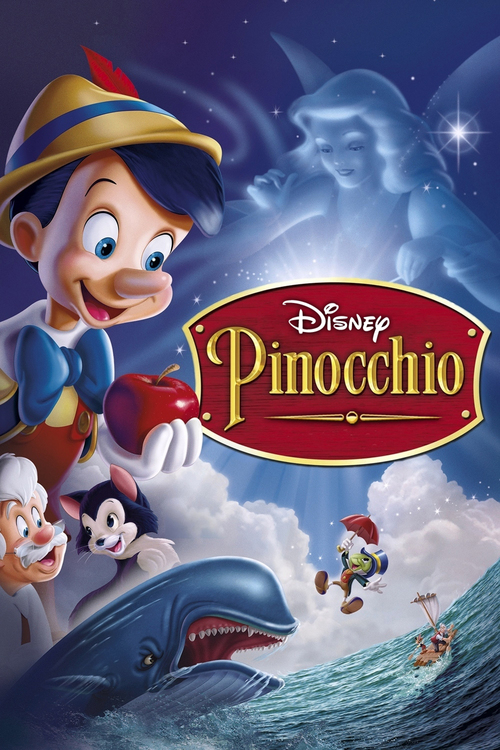 Lonely puppet-maker Geppetto desperately longs for a child, even carving a marionette in the shape of a young boy, which he names Pinocchio and treats like a son. When Geppetto makes a fervent wish upon a star for Pinocchio to be a real boy, he is heard by the magical Blue Fairy, who arrives one night to bring the wooden puppet to life. However, before Pinocchio can become a flesh-and-blood human, he must learn to have a conscience: the Blue Fairy puts him under the guidance of Jiminy Cricket and gives him a nose that grows every time he tells a lie. Soon he embarks on an adventure that will test his bravery and honesty.

Walt Disney's second full-length animated feature remains one of his most beloved classics, winning Oscars for both Best Original Score and Best Original Song (the now iconic "When You Wish Upon a Star"). Aside from the astonishing hand-drawn animation, what makes the film endure is its moral core and realistically fallible characters: Pinocchio makes mistakes with very real consequences, but with the help of the remarkable Jiminy, he summons the strength of will to do the right thing and redeem himself. Both the timeless story and indelible music score help drive the lessons home. This veritable treasure of a film belongs on any Disney-lovers shelf, and that's no lie.