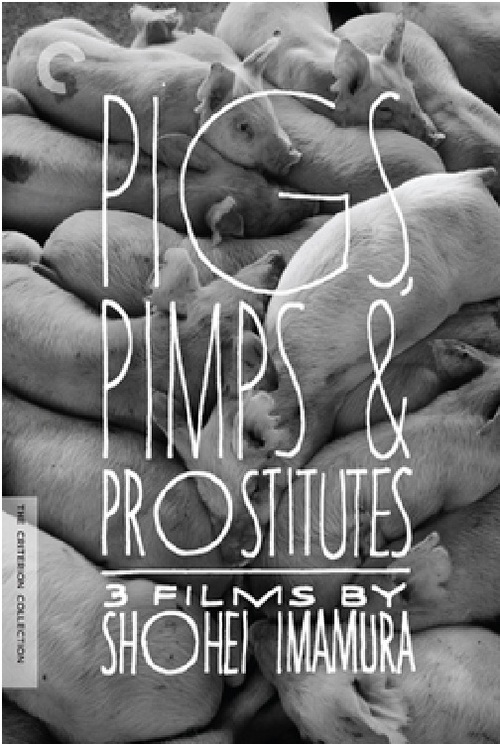 Greedy Kinta (Nagato) falls in with a local yakuza gang in "Pigs and Battleships," sinking into a dead-end world of drug dealing, racketeering, and pimping. "The Insect Woman" charts four decades in the life of a young, pregnant factory worker, Tome (Hidari), who falls into prostitution after she's abandoned by an American GI. An intruder brutally rapes housewife Sadako (Harukawa) in "Intentions of Murder," but she's unable to tell her husband about the incident, and begins to nurture dark fantasies about the violator while she awaits his inevitable return.

There are few filmmakers as celebrated as Japanese provocateur Shohei Imamura, who, despite his almost prurient interest in the lower rungs of society (and women), emerged in the postwar era as a brilliant and sardonic analyst of his country's turbulent cultural and political milieu. Both "Insect Woman" and "Murder" are exemplary of Imamura's irreverent approach, dramatizing the saga of resilient women who endure a host of indignities, psychological and physical. "Pigs" is more overtly political, allegorizing the humiliation of American occupation through the struggles of a cocky thug and his devoted girlfriend, often with a jarring emphasis on jump cuts, fragmented narrative, and dizzying crane shots.