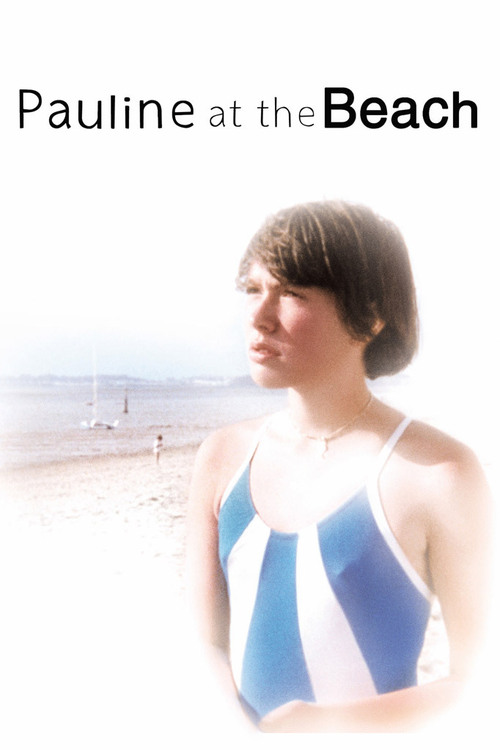 Pauline at the Beach

Vacationing on the coast of Normandy with her beautiful, vivacious older cousin Marion (Dombasle), who's just ended her marriage, 14-year-old Pauline (Langlet) gets a lesson in the ways of love. Though Marion appears worldly and mature in her handling of Henry, an amorous but unfaithful writer she's fallen for (Atkine), and Pierre (Greggory), a friend who wants more than friendship, Pauline has a romantic precociousness all her own, and experiences her own sexual awakening with Sylvain (de la Brosse), a boy she meets at the beach.

One of Rohmer's most enjoyable meditations on love and its discontents, "Pauline" is abetted by the presence of Langlet, an endearing and assured young actress. Rohmer takes his time observing his five characters and lets us get to know their (often deceptive) behavior, a tack that works wonders in his lively world of erotic farce. Jealousy, indiscretion, and human foibles are the thematic materials Rohmer works with here — all of which enmesh vain Marion in a love triangle of sorts — but it's young Pauline who seems to have the best head on her shoulders when it comes to sex and relationships. Smart, funny, insightful, and yes, trés sexy.