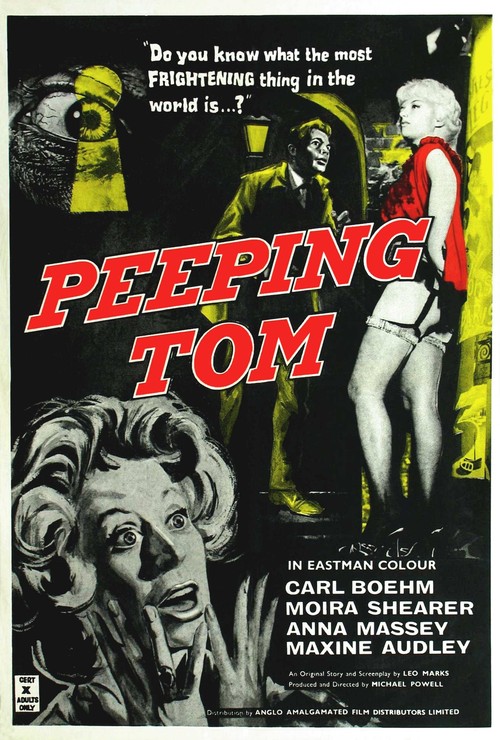 Michael Powell's much vilified horror film seems relatively tame today. Mark Lewis (Boehm), an introverted young man consumed by childhood traumas, has a rather nasty hobby: he abducts young women, then films them at the exact moment of their deaths, thus compiling a visual record of unbridled fear. Mark then strikes up a tentative friendship with next door neighbor Helen (Massey). Will she learn his ghastly secret and be next on Mark's shooting schedule?

Released the same year as "Psycho" and offering many parallels, it's mystifying that Hitchcock's film was a hit, Powell's a fiasco. There is a claustrophobic immediacy to "Tom" that "Psycho" lacks — the film's in color and has a documentary feel, which may have hit 1960 viewers too close to home. Also, critics expected murder and mayhem from Hitchcock, not from the fabled director of "The Red Shoes." That aside, director Powell lived long enough to see his film vindicated with audiences and critics twenty years later, when friend Martin Scorsese oversaw its re-issue. "Tom" stands up as a virtual masterpiece of psychological horror, with Boehm bloodless and creepy in the title role, and Powell's inspired camera-work putting the viewer uncomfortably close to the wrong side of Mark's camera. A subtly perverse treat for horror and thriller devotees.