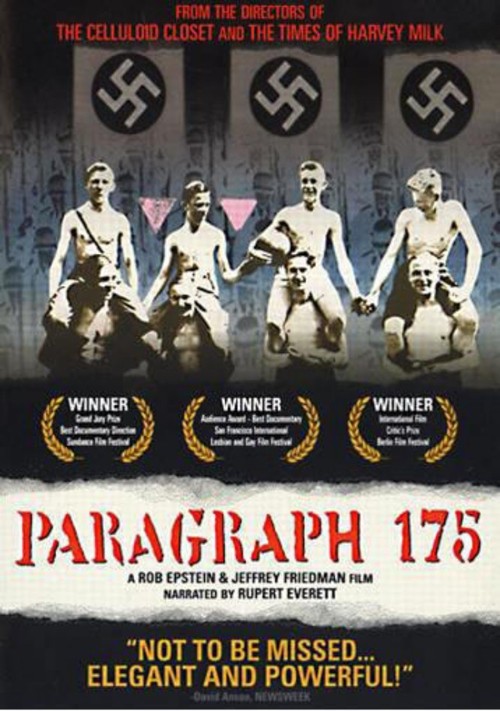 In this documentary about Nazi brutality, the filmmakers uncover a little-known aspect of the Holocaust: that over 100,000 men and women were persecuted for "deviant" sexuality under the Third Reich's penal code, many of them sent to labor camps, or laboratories for experimentation. German historian Klaus Muller interviews more than a dozen survivors of the Nazis' campaign against homosexuals, many of them still fighting for their rights today.

British actor Rupert Everett narrates this sad, shocking documentary about "Paragraph 175," the draconian stipulation in Germany's penal code that criminalized same-sex or "unnatural" love, stripped its victims of their civil rights, and led to the horrific torture and abject experiences recounted herein. Ironically, as the film makes abundantly clear, Berlin was a refuge for gays and lesbians in the 1920s, at the height of the tolerant, socially progressive Weimar Republic. This doc shows just how quickly and mercilessly the Nazis turned a gay Eden into a nightmarish "re-education" camp — all in the name of "cleansing the motherland of degenerates."