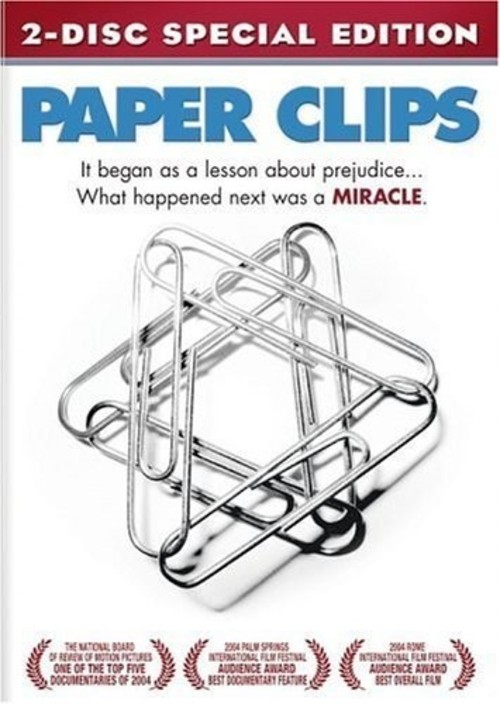 Beginning in the late '90s, a small middle school in rural Whitwell, Tennessee embarks on an initiative to build tolerance and respect for diversity among their largely homogenous student body. They select the Holocaust as their focus for study; soon enough, they put their dawning awareness into action, attempting to collect six million paper clips, one for every Jew exterminated during that horrific period. After a slow start, a miraculous series of events occur, with each new one building on the last. Suffice it to say, tiny Whitwell — and its citizens — will never be the same again.

Thanks to sure-handed direction from filmmakers Elliot Berlin and Joe Fab, this incredibly moving and inspiring true story unfolds without unnecessary embellishment, allowing us to witness a worthy project from its nascent stages to what eventually becomes an extraordinary human phenomenon. "Paper Clips" is an important, life-affirming film; must-viewing for parents and older children. Don't miss this one!