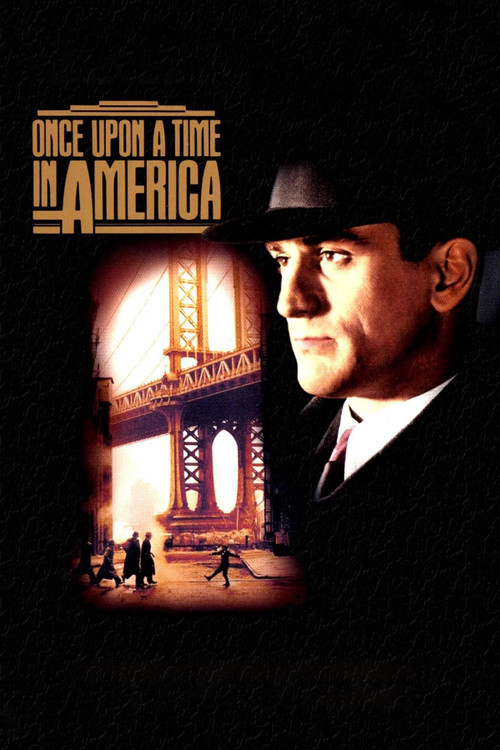 Once Upon a Time in America

Returning to New York City’s Lower East Side in 1968 to confront his past, Jewish gangster Daniel “Noodles” Aronson (De Niro) recalls growing up on rough-and-tumble city streets with childhood pal Max (Woods) and lifelong love Deborah (McGovern). He recollects the rise of the boys through the ranks of organized crime in the 1930s, and the acts of betrayal that eventually drove the gang apart.

Leone’s nearly four-hour epic, restored recently to its full length, has a magnificent, lyrical sweep as it trails two scrappy Jewish kids from the ghetto into the gangland milieu of Prohibition-era Brooklyn. De Niro’s Noodles is a moody prodigal son returning to his home turf after a long, self-imposed exile, while Woods, a genius at off-kilter roles, plays the high-strung Max as a borderline psycho. Leone adopts an opium-drunk perspective, with flashbacks and dreamy reminiscences creeping into the tick-tocking, nonlinear narrative. Elegant and elegiac, “America” is an operatic saga of love, loyalty, friendship and ambition; the sepia-toned swan song of Italy’s great innovator of spaghetti westerns.

Once Upon a Time in the West