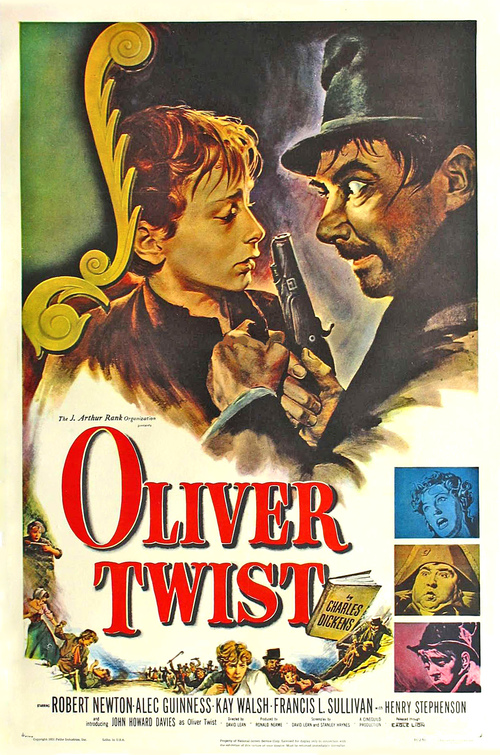 Left on the doorstep of an orphanage as an infant, young Oliver Twist (Davies) is subjected to various cruelties at the hands of those in charge of his care. Eventually, he runs away and joins a gang of homeless child ruffians led by the charismatic Fagin (Guinness), a professional pickpocket. Oliver's adventurous life on the streets of London appears to draw to an end after he meets kind-hearted Mr. Brownlow (Stephenson), but Fagin has no intention of letting his ward slip away to a life of genteel comforts.

This masterful adaptation of a Charles Dickens novel was the second for Lean, who abridged the author's long-winded story about a young orphan's changing fortunes in Victorian England into a beautifully paced two-hour film. Among a splendid cast, Guinness and Robert Newton are truly exceptional, respectively playing the captivating Fagin and his evil accomplice, Bill Sikes, with gusto. Also fun to watch is young Anthony Newley as the Artful Dodger. Essentially a tale of triumph in a world of degrading poverty and repellent class bias, "Oliver Twist" is a first-rate drama brimming with hope, pathos, and fury, from opening shot to last.