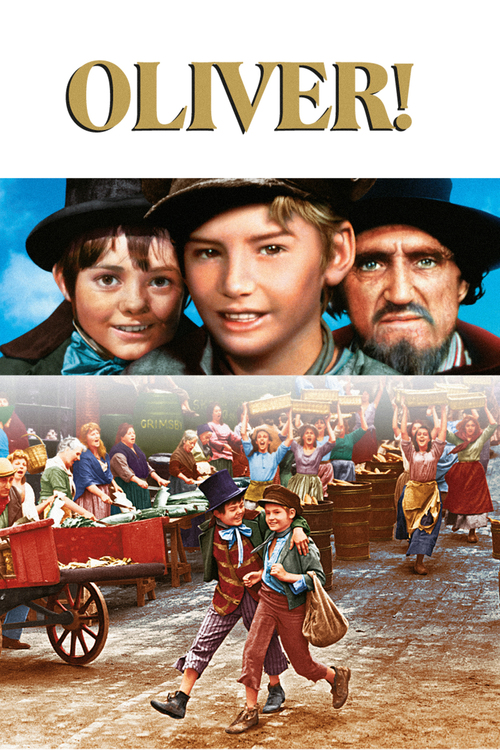 In this musicalization of Dickens's classic, young orphan Oliver Twist (Lester) escapes a hellacious workhouse in 19th century London to become a street urchin in the employ of shady Fagin (Moody) and his brutal partner Bill Sikes (Reed). In his cramped, filthy, but warm dwelling, Fagin houses a band of young thieves, led by The Artful Dodger (Wild). However, fate has more in store for Oliver than to become a common pickpocket. Whatever good may happen, can Oliver put his past behind him?

The considerable talents of British director Carol Reed and composer/lyricist Lionel Bart combine to create an exuberant musical worthy of its revered source. The cast, both young and old, excel, and songs like "Consider Yourself" and "As Long As He Needs Me" stand the test of time. "Oliver!" won six Oscars, including Best Picture, a rare feat for a musical. Watch this and you'll say: "Please, sir, may I have some more?"