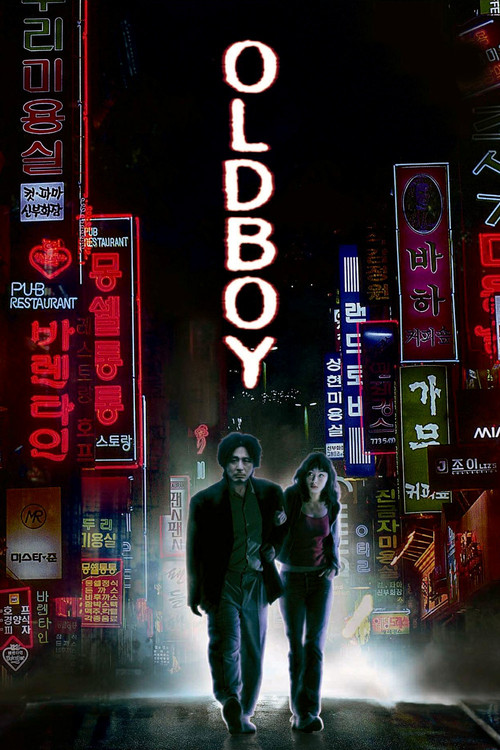 Imprisoned in a motel room for 15 years by an unknown tormentor, with only a tiny television connecting him to the outside world, average Korean salaryman Oh Dae-su (Choi) — driven to the edge of madness by anger, solitude, and the knowledge that his wife has been murdered — finally manages to escape. Disheveled, distraught, and determined to seek revenge, Oh Dae-su begins a bloody, painfully cathartic quest to learn the identity of his faceless jailer and the rationale behind his excruciating torture.

With a deranged, over-the-top performance by Choi Min-sik, this uber-stylish, paranoid revenge epic from Korea's most talented young director gives the ancient Greeks a run for their money. Violent and visually inventive, "Oldboy" is a gut-twisting moral fable with enough disturbing revelations to keep you in suspense for its entire running time. Park Chan-wook's many set pieces-including a long, fluid, single-shot fight sequence in a narrow hallway-are part of the reason this film wowed audiences the world over. (Choi's live-squid-gobbling scene will make your eyes pop, too.) There's a lot of angst and a lot of black humor, to be sure, but "Oldboy" ultimately satisfies our Oedipal lust for self-knowledge — and then some.