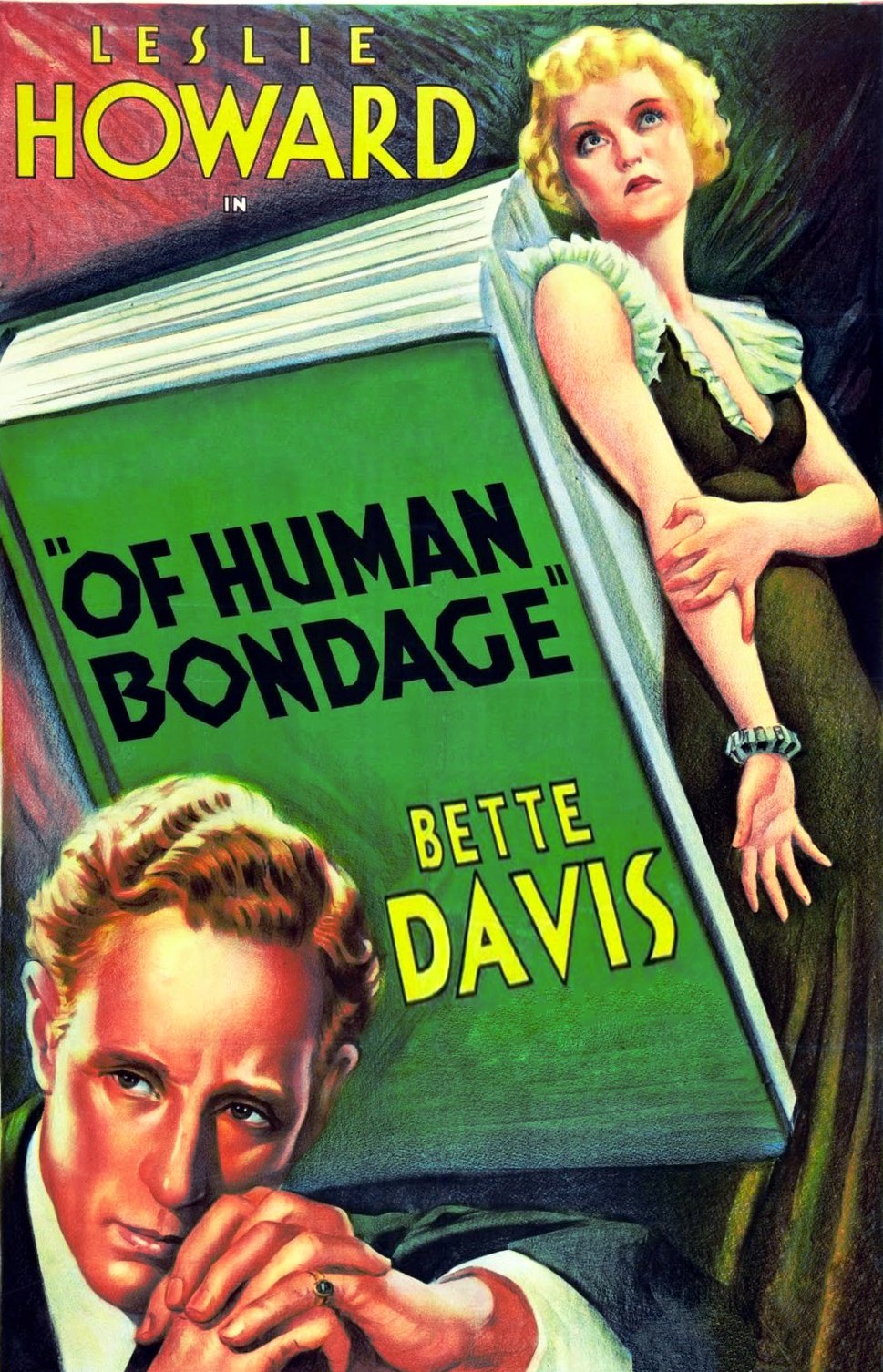 Insecure medical student Philip Carey (Howard) falls in love with Mildred (Davis), a haughty Cockney waitress. She strings him along and then ditches him for a wealthier suitor (Hale). Pregnant and abandoned, she comes back to Philip but then runs off with one of his colleagues. Sacrificing his own chance at a relationship with the practical Norah (Johnson), Philip saves Mildred from the streets once more, knowing full well that she will never love him. Can he escape from her bonds and accept love with the tender Sally (Dee)?

Cromwell’s adaptation of W. Somerset Maugham’s celebrated novel was the vehicle that shot Davis to the big time after years of toiling in the studio system. Her performance is magnetic, overpowering the more subtle Howard with Mildred’s vulgar sexuality and vicious manipulations. Yet the veteran British actor elicits great sympathy for his portrayal of the club-footed sap in thrall to the heartless harpy. With its pre-Code treatment of loose morals, unwed pregnancy and prostitution, this tragic melodrama is hardly the stuff of traditional Hollywood romances. It has a brutal honesty, summed up in Mildred’s excoriating third act speech to Philip. No surprise that Davis, in a write-in vote, received the first of her eleven Best Actress Oscar nominations.

Of Mice and Men