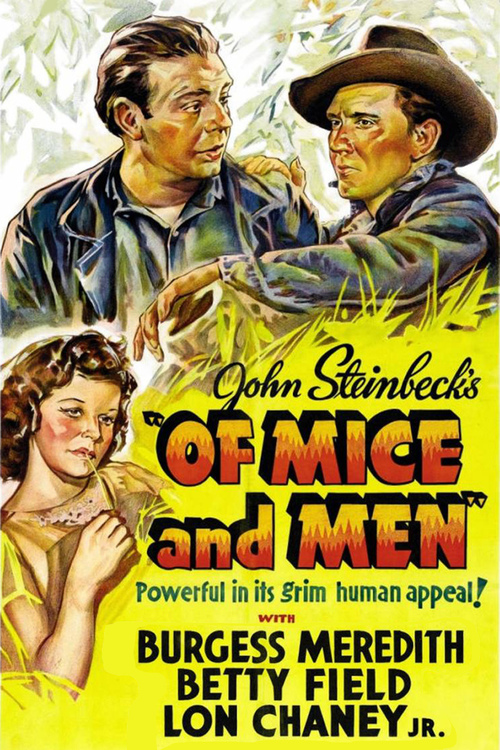 Of Mice and Men

Saving up to buy a farm where they plan to raise rabbits, itinerant worker George (Meredith) and his feeble-minded cousin Lennie (Chaney) are hired by a California rancher for menial work, and before long run afoul of his belligerent son, Curley (Steele). Tragedy strikes, though, when Curley's bored wife Mae (Field) starts flirting with Lennie, a brute simpleton who doesn't know his own strength.

Milestone retains all the poignant drama of John Steinbeck's Depression-era novel, matching Ford's lyricism in his evocation of the desperate plight of migrant farm workers sustained only by their pipe dreams. Meredith turns in fine work as Lenny's minder, as does a sultry Field, tormenting the hapless half-wit with sexual come-ons. But Chaney, who would later achieve fame as "The Man of a Thousand Faces" for his '40s monster-movie roles, really shines as the gentle giant with a fondness for soft, furry things he can't help but crush in his paws when he's distressed.

Of Time and the City