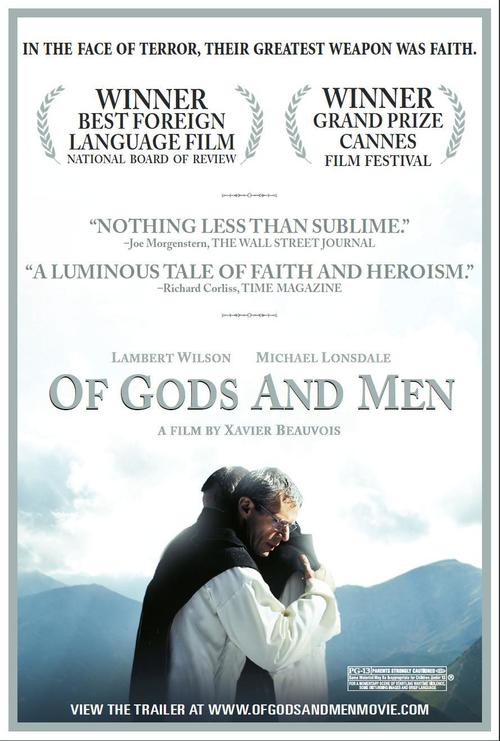 Of Gods and Men

In 1996, amidst encroaching civil war, a small group of Trappist monks serving the local Muslim community in a small Algerian town confront the likelihood that they may soon be targeted for assassination by Islamic fundamentalists. These pious men, well aware of the impending danger, wrestle with their duty to their community, their monastery, and their God, in choosing whether to stay or go.

Winner of the Grand Prix at Cannes, this intense drama is a troubling work for troubled times. While operating as a gripping thriller (director Beauvois ratchets up the tension expertly), "Gods" also raises thorny questions about what it means to follow Christ — specifically, it does not always mean doing the sensible thing. Wilson is outstanding as the monastery's leader, and so is Lonsdale as the elderly Brother Luc, a trained physician who spends all his time ministering to his impoverished Muslim neighbors. A film that engages the head and touches the soul, "Of Gods and Men" is unmissable.