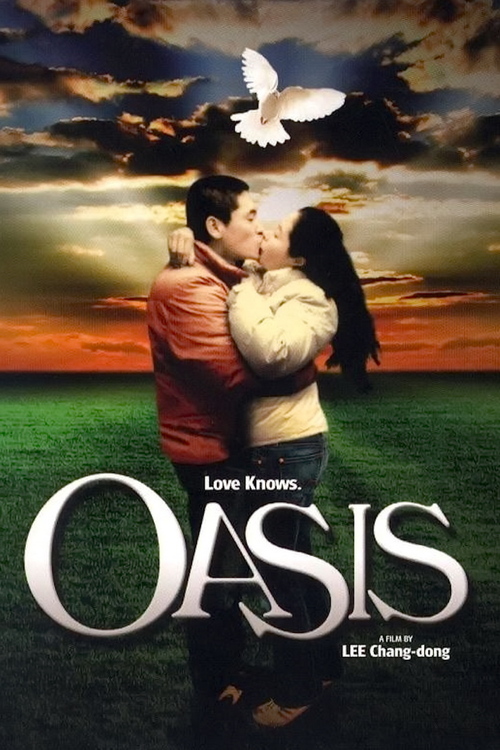 Lee's "Oasis" tells the story of Hong Jong-du (Sol Kyung-gu), an emotionally dysfunctional ex-con from a bourgeois Korean clan who meets and forms an unlikely relationship with Han Gong-ju (Moon So-ri), a young woman afflicted with severe cerebral palsy. Why so unlikely? Beyond the disabilities which hobble them both, she is also the daughter of a man Jong-du was convicted of killing in a hit-and-run incident years before. (He first meets her when he comes back to apologize to the man's family.) Can this love survive?

Sublimely human and touchingly romantic, Lee Chang-dong's affecting "Oasis" turns every sentimental-movie convention you can think of on its head, telling a very mature story about two handicapped people who find common ground together, but whose families wish to keep them apart. Through his extraordinary lead performers, Lee sensitively renders both the power of their passion and its inability to free them from their isolation. "Oasis" is, quite simply, an extraordinary achievement.