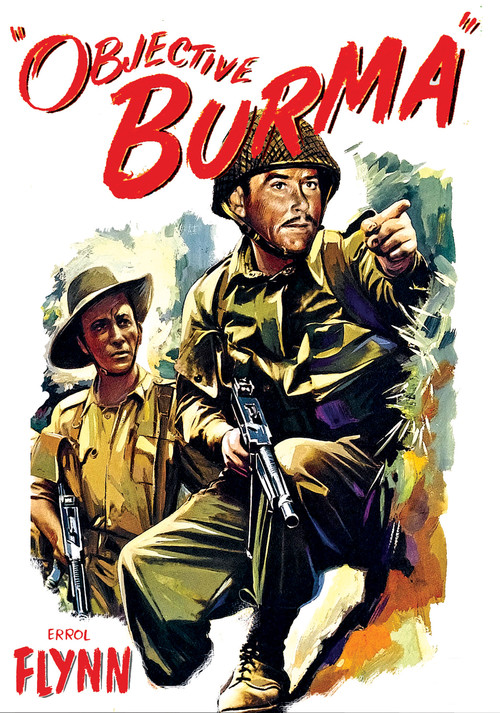 On the brink of the Allied Forces' long-awaited offensive to re-occupy Burma in the Second War, intrepid paratrooper Captain Nelson (Flynn) receives a critical mission to drop behind Japanese lines and detonate a radar station. With his small but experienced force joined by senior war correspondent Mark Williams (Hull), they pursue their mission, but encounter major obstacles on their return, as Japanese soldiers surround the only airstrip which can take them out. Their only option: a long, perilous march through enemy territory.

Raoul Walsh's tight, pounding "Burma" is one of the best WWII films out there, and reportedly one of Flynn's personal favorites. It should be, as the swashbuckling star turns in a gritty, first-rate performance as the intrepid Nelson, with worthy support from Hull as the aging correspondent who's clearly in over his head. Long but consistently engrossing, this unsung classic merits a wider audience.