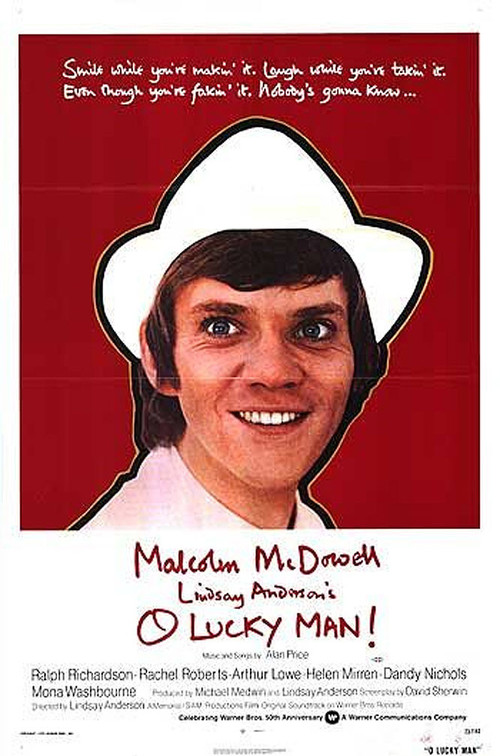 Newly hired coffee salesman Mick Travis (McDowell) has big ambitions in life. Hired by Mr. Duff (Lowe) and trained in the trade by his coach Gloria (Roberts), Mick embarks on a remarkable road odyssey when he hitches a ride with a touring rock band. Instead of riches, Mick gains life experience, finding himself seduced by a bevy of women, roped into weird medical experiments, tortured by military agents, and implicated in political corruption. “O lucky man!”

This satire targets greed, class snobbery, and the elite institutions of respectable society. Anderson’s sardonic comedy finds McDowell reprising the rebellious student he played in “If...”, here transformed into a would-be man of fortune. McDowell’s performance is one of his very best, as he plays Mick as an almost cartoonish, sincere striver baffled by the surreal events visited upon him. First-class support from Lowe, Roberts, Ralph Richardson, and a young Helen Mirren (all playing multiple roles) make this absurdist allegory quite fun. Animals’ keyboardist Alan Price is the bandleader whose group’s songs echo Mick’s funny, adventurous pilgrim’s progress. “Lucky” for us!