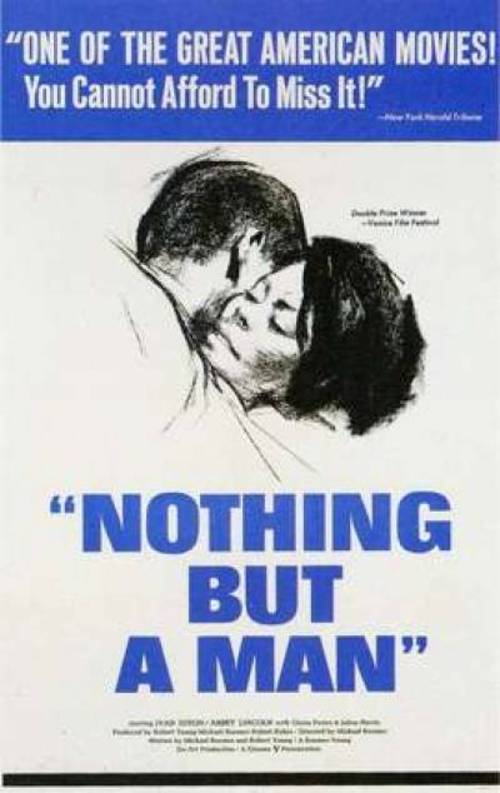 Nothing But a Man

In this landmark independent film by Michael Roemer, Duff (Dixon), a struggling black railroad worker, meets Josie (Lincoln), a shy, refined preacher's daughter. They fall in love, but soon Josie must adjust to Duff's frustration as he faces discrimination in a repetitive, dead-end job. How they surmount these obstacles and stay together shines a penetrating light on the black experience of the time.

A lean film of unusual grace and power, thanks to a perceptive script and solid characterizations. Both Dixon and jazz singer Lincoln give heartfelt portrayals as Duff and Josie, and look for the late, great Julius Harris playing Duff's drunk, delinquent father. "Nothing But a Man" is an inspiring work of cinema that helped fuel the Civil Rights era, and still speaks volumes today.