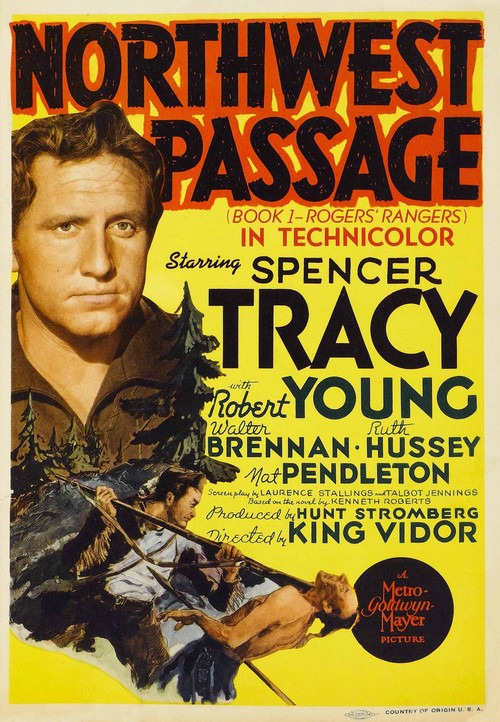 Based on the popular novel by Kenneth Roberts, "Passage" follows the thrilling adventures of Major Robert Rogers (Tracy), who leads 200 rangers across dangerous French/Indian territory on a raid to wipe out an enemy Indian village in pre-revolutionary America. Along the way he enlists disgraced Harvard man Langdon Towne (Young) and his pugnacious sidekick Hunk Marriner (Brennan). Enduring much hardship as they cross Lake Champlain, trek through bug-infested swamps and forge raging rivers, they complete their mission only to be faced with exhaustion and near starvation. Can Rogers rally his remaining men for one last push to food and safety?

Spencer Tracy commands attention from us - and his men - with his burly performance as the pragmatic real-life ranger in this rousing tale of determination and courage. The Hays Code kept most of the depictions of massacre off screen, but some verbal descriptions and one battle scene nevertheless still shock in their brutality. Note: The somewhat misleading title refers to the next adventure in Rogers' life - his search for the Northwest Passage - but MGM abandoned the sequel due to the expense and difficulty of shooting on location. But oh those locations! Shot mostly in Idaho, the dazzling cinematography earned an Oscar nomination and sets this rugged survival story apart. And it's great to see Spence relatively young and spry in this, his first color film. Follow this "Passage!"