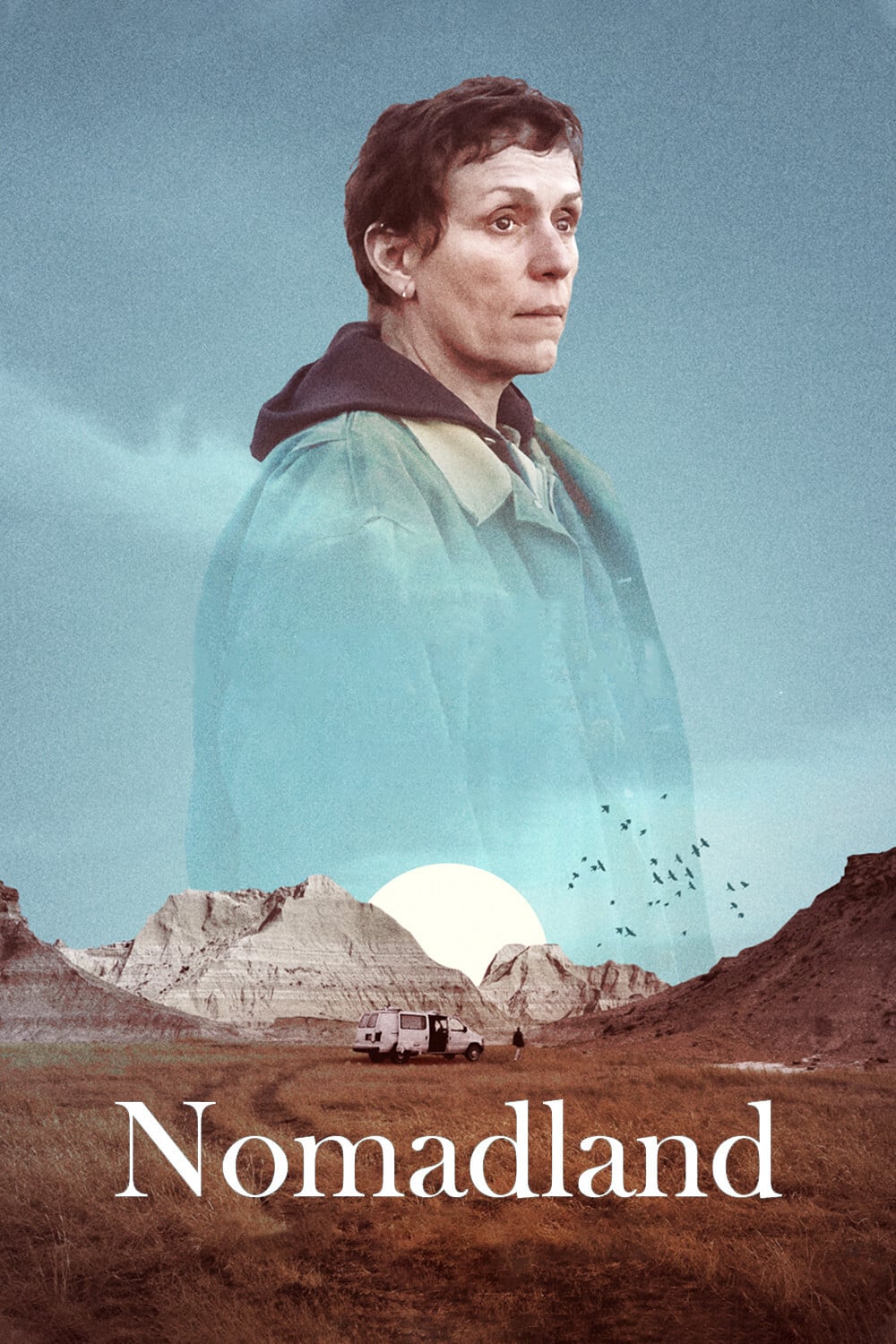 In late middle age, Fern (McDormand) has recently lost both her spouse and her home. The closing of the mine where her husband worked for many years has transformed her community into a ghost town. Unbowed and undeterred, she decides to travel the country and live out of her van, picking up odd jobs along the way. It’s an uncertain, hardscrabble life, but Fern takes some small pleasure in her freedom, and in some of the special people she meets who also lead a nomadic life. Though they have no place to call home, these are warm, open folks, surprisingly devoid of resentment, and with life lessons to impart.

Zhao’s spare, miraculous film seamlessly blends narrative and documentary forms, making us feel we’ve experienced something incredibly authentic and profound. Indeed, beyond stars McDormand and Strathairn (portraying Dave, a potential love interest), most of the cast occupying this peripatetic world few of us know or see, basically play themselves. Though this powerfully moving film succeeds as an ensemble piece, it also serves as an astonishing showcase for the prodigious, ever bountiful talents of McDormand, who makes us both admire and ache for Fern. It is, in the end, her movie. This instant classic restores my faith that we can still make outstanding human-scale films in America. Take to the road with “Nomadland.”