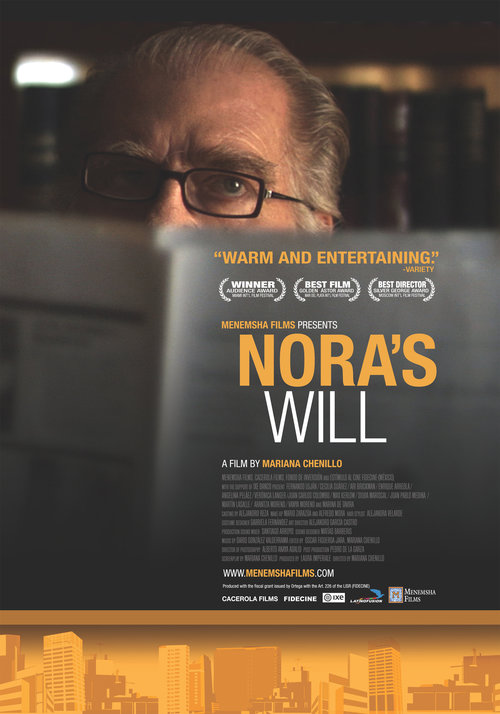 Drawn one day to his ex-wife Nora's apartment (across the street from his own), the elderly Jose (Lujan) discovers that she has finally committed suicide on her fourteenth attempt. In an elaborate act of forethought, she has left preparations for a Passover meal in the fridge knowing that her death will force a family reunion that is long overdue. But Jose has lost faith in his religion, and he treats the rabbi who comes to make the burial arrangements with disrespect. When Jose's son (Brickman) and family arrive, along with the Catholic housekeeper (Pelaez), disharmony threatens to ruin the Seder. Jose also makes a startling discovery that will change the rest of his life.

This subtle, smart black comedy melds serious issues of depression and loss with elements of classic farce, as neighbors, family members, and funeral officials pop in and out of the apartment where Nora lived. Since most of the action takes place in that one location, the film takes on a theatrical aspect, allowing the nuanced acting to take center stage. Lujan, in a tour-de-force performance, only gradually reveals the hidden depths of his character's love for Nora, to whom he was married for 30 years. We cannot help but be moved as Jose's outward cynicism gradually gives way to long-suppressed emotion. If there's a way, see this "Will."