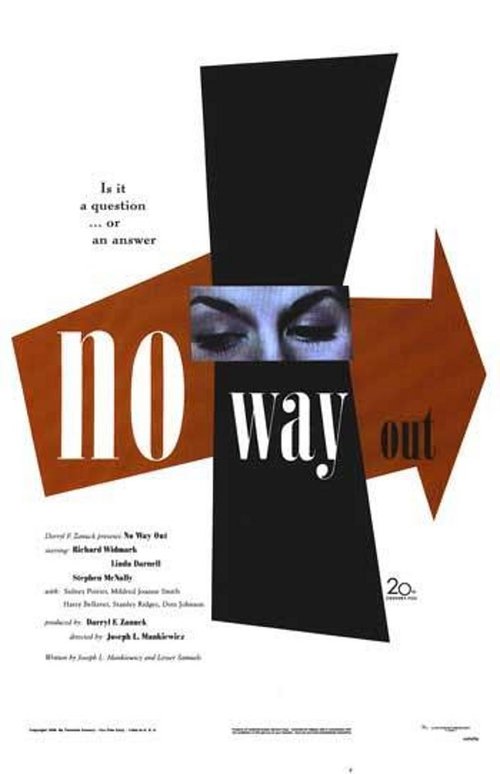 After a shoot-out with police, wounded mobsters Ray and George Biddle (Widmark and Bellaver) are brought to a police hospital. There they are treated by Dr. Luther Brooks (Poitier), a talented black M.D. whom Ray takes a visceral dislike to, heckling the young doctor with racist diatribes. When George dies, Ray blames Dr. Brooks, and begins a campaign of hate that boils over into the city's black community.

A tense, hard-hitting social drama that earned an Oscar for Best Screenplay in 1950, Mankiewicz's pioneering film looks squarely at the ramifications of racial hostility while keeping audiences on the edge of their seat. Poitier is magnificent in his debut role, the epitome of cool-headedness and quiet self-regard, while Widmark seethes in a typically explosive role. Mankiewicz builds suspense inside and outside the hospital, and the effect is riveting. Keep an eye out for actors/civil-rights activists Ruby Dee and Ossie Davis, playing Luther's brother and sister-in-law in a tandem debut. A potent powderkeg of a film that hasn't lost its bite — or its relevance.

No Way to Treat a Lady