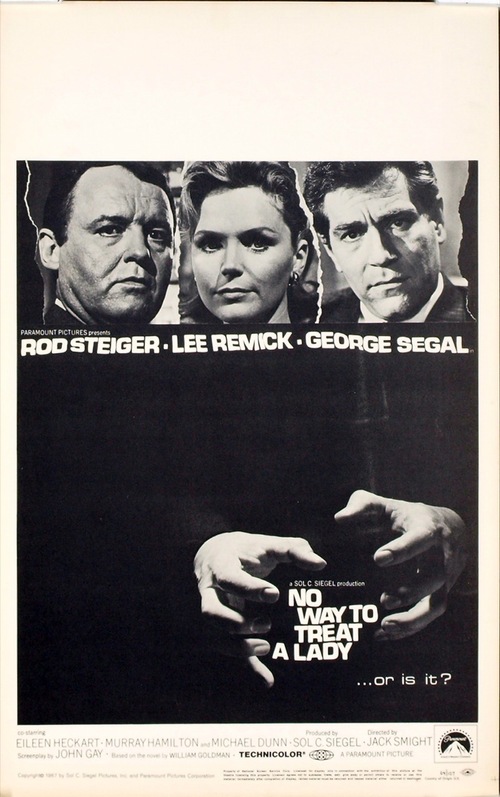 No Way to Treat a Lady

Smight's jet-black serial-killer comedy, based on William Goldman's novel, gets a lot of mileage out of its main theme: the tortured relationship between mothers and sons. The killer has an abiding Freudian hatred of his, of course, which motivates his cold-blooded spree. And Brummell lives with a stereotypically hen-pecking Jewish mother (a fabulous Eileen Heckart) who has nothing good to say about her boy, his profession, or his goyim girlfriend. The film excels, however, on the strength of Steiger's hammy portrayal of the flamboyantly egotistical murderer, whose costumes are as odd as his pinched demeanor. Both romantic co-leads shine as well. Funny and macabre in equal measure, "Lady" also offers a pungent '60s flavor.