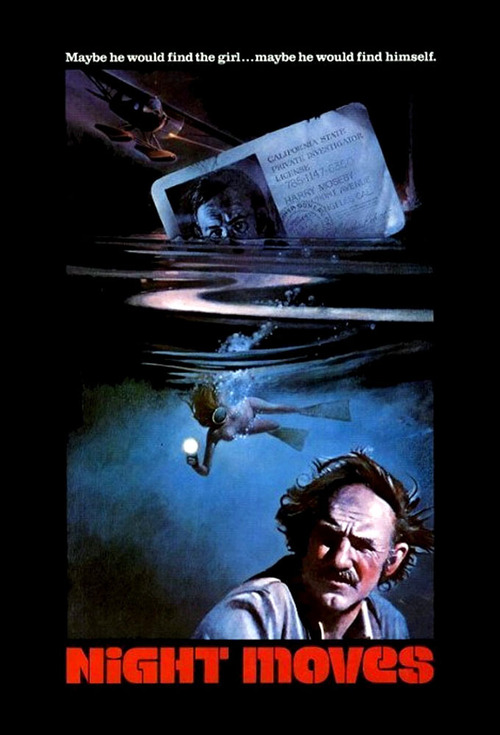 Private-eye Harry Moseby (Hackman) takes on a missing-persons case: former Hollywood starlet turned alcoholic has-been is missing her wild young daughter Delly (Griffith), who's taken off for parts unknown. The case is a welcome distraction from Harry's own problems, as he's just learned his wife Ellen (Clark) is having an affair. Harry finds Delly with her stepfather in the Florida Keys, and after a time, returns the precocious girl to her much-despised Mommy. With this disillusioning assignment behind him, Harry can't shake the feeling he was missing something down in Florida. A tragic event spurs him to uncover the missing piece in the puzzle.

The revered, private eye film gets updated to the 1970s, at the expert hands of director Arthur Penn. Hackman is tailor-made for Moseby, a regular guy who once played football, and who's much better at snooping on others than figuring out his own disordered life. Young Melanie scores in her feature debut as the teenage temptress; also look for James Woods in an early role as Delly's good-for-nothing boyfriend. Though it took two years to get “Moves” released in theatres, this smart, twisty whodunit was well worth the wait. Vastly underrated, it merits re-discovery.