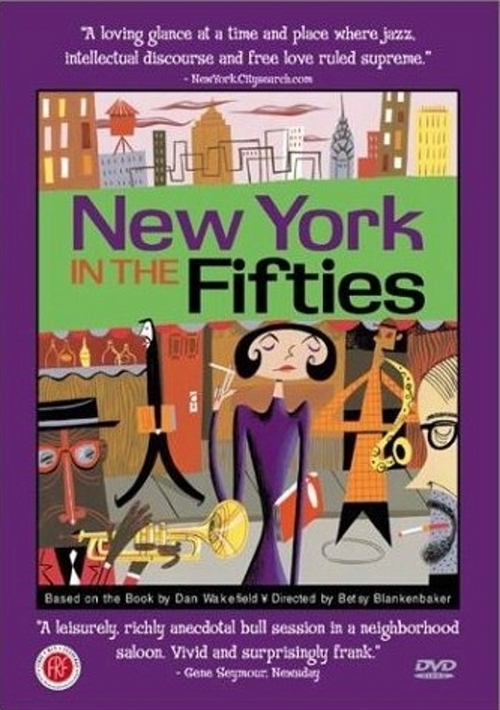 New York in the Fifties

Betsy Blankenbaker's documentary recreates the unique, teeming environment that was New York City in the 1950s, mainly from the vantage point of the literary world. Based on Dan Wakefield's book about his escape from status-quo Indianapolis to bohemian New York, the film combines historic footage with past and current interviews of writers who found an artistic haven in New York during the otherwise stultifying Eisenhower '50s.

A short but sweet piece that succeeds admirably in evoking a stimulating time and place. It's reassuring (though not that surprising) to hear Manhattan was as vibrant then as now, and that the city opened its arms not only to immigrants but to left-leaning artists and writers who could never have thrived in conventional middle America. Highlights include a Jack Kerouac TV appearance, a brief James Baldwin interview, and current commentaries from Norman Mailer, John Gregory Dunne, Joan Didion, Gay Talese, and Robert Redford. A must-see for Big Apple loyalists.