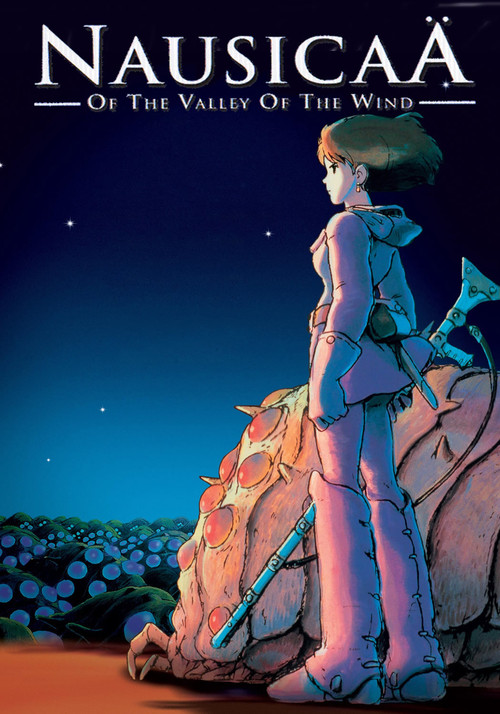 Nausicaa of the Valley of the Wind

Centuries after global war has nearly obliterated the Earth, eco-conscious Princess Nausicaa (Lohman) rules the people of the Valley of the Wind, who survive at the edges of a sickened, ever-spreading forest guarded by the Ohmu, a race of intelligent monster insects. As inter-clan rivalries and endless wars with the Ohmu bedevil her people, Nausicaa attempts to restore the fragile bond between Earth and its human inhabitants.

The exhilarating first feature by "Spirited Away" director-animator Miyazaki, "Nausicaa" is an epic masterpiece about an issue very much on the minds of young people today: sustainable living and the future of our planet. Borrowing its apocalyptic scenario from Miyazaki's own manga originals, this dark fantasia pits a band of warrior activists against the encroachment of a poisonous environment. As always with Miyazaki, this is a world where good and evil coexist, sometimes in the same character. Splendid visuals, great voice acting by Thurman, Stewart, and Lohman, and an absorbing finale make this a science-fiction film with a heart, mind, and message.