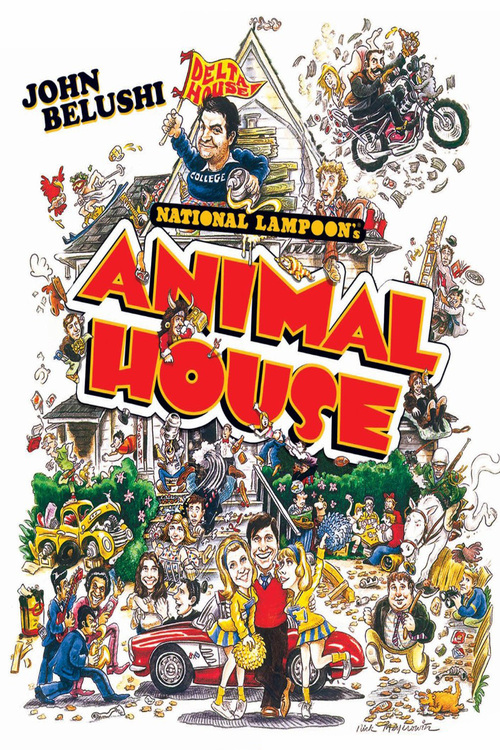 At Pennsylvania's Faber College, stiff-shirted Dean Wormer (Vernon) is fed up with the raucous antics of Delta House, an anarchic, thoroughly debauched fraternity with no sense of decency, decorum or, apparently, brains. So, he hatches a plan to strip the Deltas — who are led by a group of seniors including Otter (Matheson) and John "Bluto" Blutarsky (Belushi) — of their credentials, enlisting the help of their hated, upper-crusty rivals at Omega House.

The original "party animal" teen movie (despite its "R" rating), Landis's outrageous feature-length prank has enough gross-out humor, slapstick yucks, and all-night beer chugging to put a drunken smile on anyone's face. Matheson and co-stars James Widdoes, Peter Riegert, and Bruce McGill bring sheer lunacy to their roles as leaders of a riotous frat house for rejects, losers, and academic failures. But it's Belushi's gonzo portrayal of Bluto that remains iconic, and helped make the former "SNL" cast member a bigtime comic star. Irreverent, subversive, and totally inappropriate, "Animal House" depicts the college experience most of us never had, but kind of wish we did.