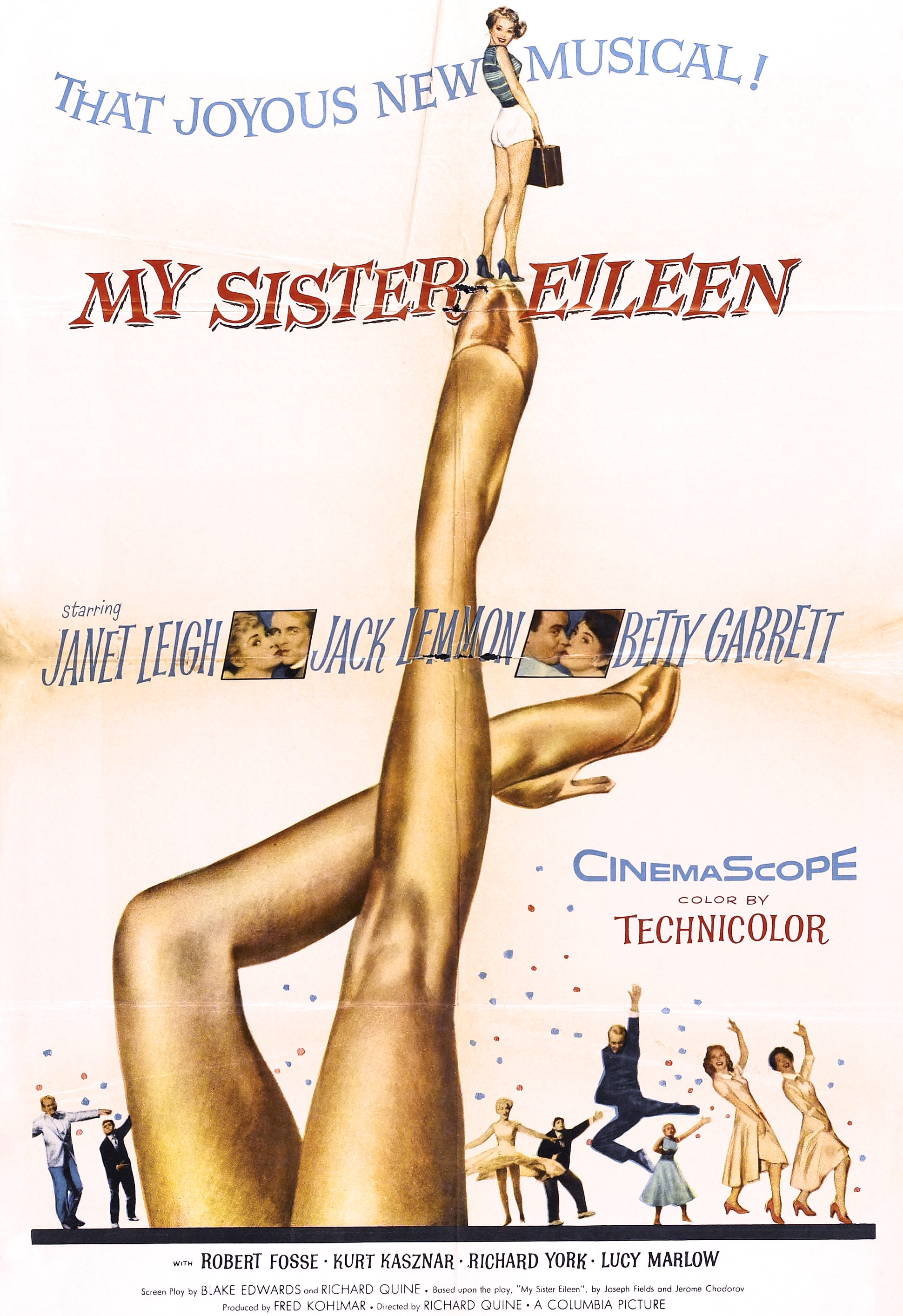 Plucky, starry-eyed sisters Ruth (Garrett) and Eileen (Leigh) leave Ohio and move to New York to seek their fortunes. While the more conventionally beautiful and confident aspiring actress Eileen has men fawning over her immediately, Ruth toils away writing sappy romances that are always rejected by handsome editor Bob Baker (Lemmon, in an appealing early role). She finally follows the old adage to "write what you know," producing a story about her sister's dazzling power over men, and the resulting success makes her wonder if she doesn't deserve all that Eileen has after all.

A love letter to the exciting bohemian vibe of 1950s Greenwich Village, this musical adaptation of the 1940s' Rosalind Russell vehicle of the same name is full of saucy hijinks, zippy writing, and impressive dance numbers. Leigh and Lemmon exhibit impeccable comic timing and oodles of charm, but it is the supremely relatable performance of the criminally overlooked Betty Garrett, as well as Blake Edwards's sharp screenplay, that really make "My Sister Eileen" sing. Don't miss the soon-to-be legendary Bob Fosse (also the film's choreographer) in a delightful bit part in this sunny film from the golden age of musicals.