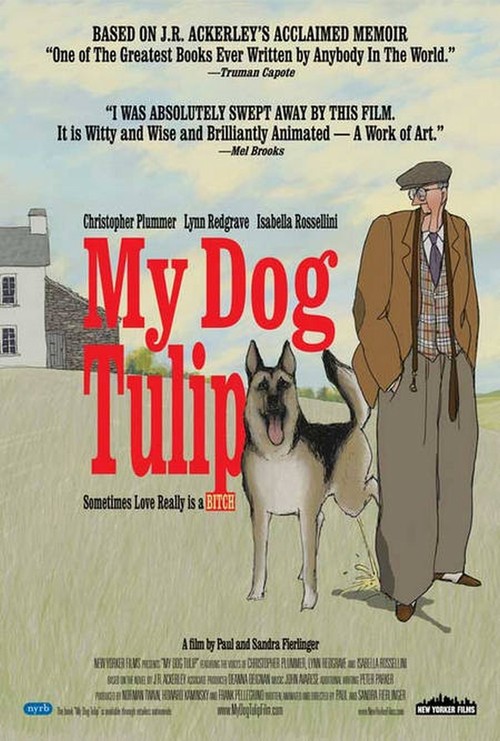 This animated feature based on the memoir by British writer J. R. Ackerley recounts his late-in-life, fifteen-year relationship with his irrepressible, irresistible dog Tulip. Ackerley (voiced by Plummer) lives alone until he rescues the mistreated pup and finds a love he never knew he was missing. With a variety of drawing styles, husband and wife filmmakers Paul and Sandra Fierlinger capture, in poetic, impressionistic form, Ackerley's and Tulip's shared ups and downs, from simple walks in the park to attempts to find the dog a proper mate.

Beautiful to behold and always worthy of its literary source, the delightful, charming "Tulip" is that all-too-rare phenomenon: an animated film for grown-ups. Refreshingly restrained and decidedly low-tech, the film plays like a meditative visual essay on the eternal theme of human-canine relations, portraying how the love of a dog can fill the void of a solitary existence. It's also notable for featuring the great Lynn Redgrave's final performance, in which she voices Ackerley's sister opposite Plummer's gravelly yet warm curmudgeon.